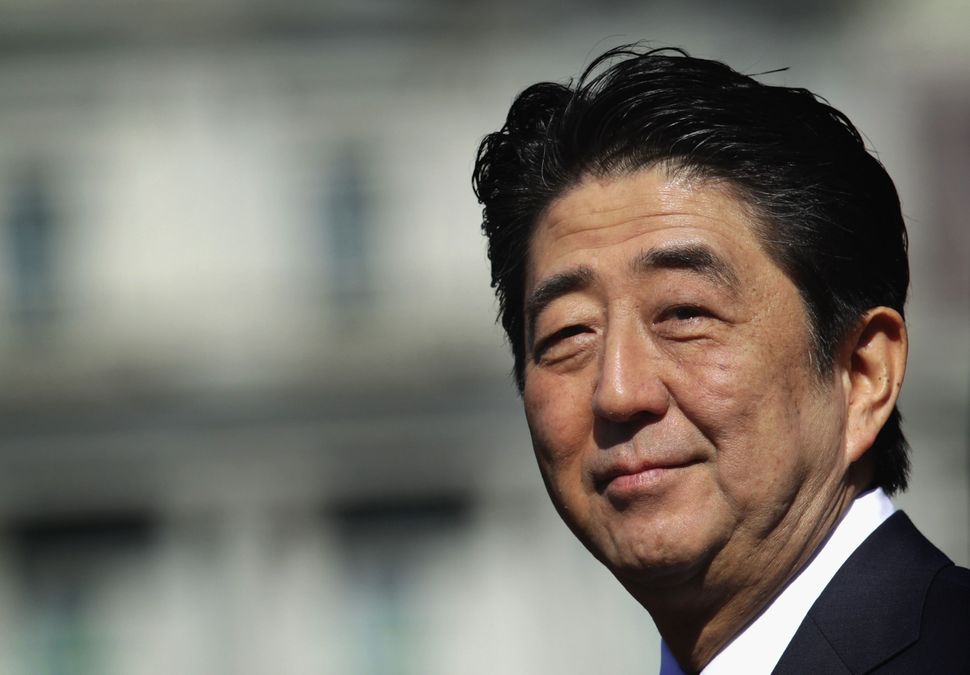 Japan’s prime minister at a visit to the U.S. Holocaust Memorial Museum in Washington honored the Japanese envoy who helped thousands of Jews escape the Holocaust.

Shinzo Abe, who met with President Barack Obama on Tuesday, said while at the Holocaust museum on Monday, “As a Japanese citizen, I feel extremely proud of [Chiune] Sugihara’s work.”

As Japan’s imperial consul in Lithuania, Sugihara defied orders from his superiors in order to issue at least 2,000 visas to Jews between 1939 and 1940.

During his visit, Abe and his wife each lit a commemorative candle in the Hall of Remembrance and met with three survivors who had been helped by Sugihara.