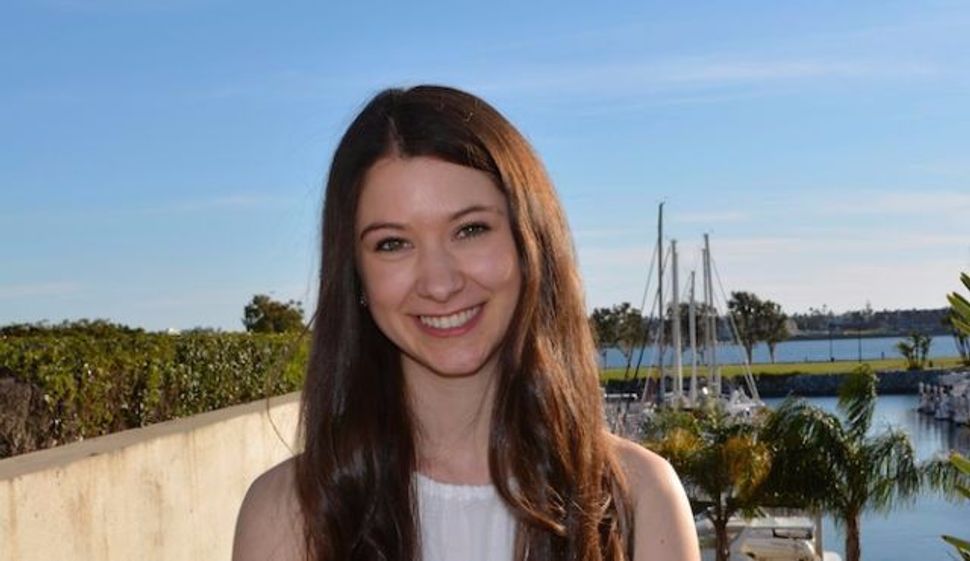 “I didn’t know much about [fibrolamellar] and it was pretty scary,” said Simon, now 19. “But I was extremely fortunate to have an incredible surgeon.”

After having her tumor removed, Simon, who grew up in New York, where her family remains active members of Temple Shaaray Tefila on Manhattan’s Upper East Side, has been “totally fine ever since.” Currently a freshman at Harvard University, Simon is majoring in computer science.

During her sophomore year of high school, while interning at a lab working on cancer research, she had the idea to genetically sequence fibrolamellar.

Simon sought the advice of her former surgeon, Dr. Michael LaQuaglia, chief of the pediatric surgical service at Memorial Sloan Kettering Cancer Center, and learned that due to the rarity of the disease, not much research had been done.

“Just because no one had done this before didn’t mean it couldn’t be done,” Simon said. “And as someone who had this type of cancer, who better than a patient with a specific interest in this disease?”

Her father, Sandy, a biophysicist, made space in his lab at Rockefeller University, and Simon set about collecting tumor samples from other fibrolamellar patients and survivors.

Fifteen samples were ultimately sequenced by a team at the New York Genome Center. Back at the Rockefeller lab, Simon and her collaborators discovered that all the samples shared the same genetic mutation.

“We were lucky that we found something weird and different,” Simon said of the discovery. While additional research is still needed, she said, interest in the disease has piqued and could lead to improved diagnostic testing and drug treatments.

In February, Simon co-authored a study, published in Science magazine, about the discovered genetic mutation.

Of the research, she said, “I kept asking why. I was willing to ask questions, and we were able to try something different and it was successful.”

JTA spoke recently to Simon about her heroes, her favorite Jewish food and what she hopes to do professionally in a few years.

JTA: What do you think are the important qualities of a hero?

Simon: I think it’s important for a hero to be both brave and determined. A hero needs to care about something, and be bold and willing to work towards their goal.

Who are your heroes?

My father and my surgeon. They are the smartest people I know and dedicate their lives to helping others unconditionally. They are humble and work as hard as they can.

Can you share with us a meaningful Jewish experience that you’ve had?

A meaningful Jewish experience for me was my involvement with Camp Simcha. This is a Jewish camp for young cancer survivors and patients, and it was one of the most fun and uplifting places I’ve ever been to. It was beautiful to see how much joy and hope everyone had, and to see how much strength people derived from their religion.

Do you have a favorite Jewish food?

I do have an addiction to egg challah.

What kind of things do you like to do for fun?

I like performing. I sing, dance and act, do theater and acrobatics. I play with my dog and hang out with my friends.

What do you think you want to do professionally in a few years?