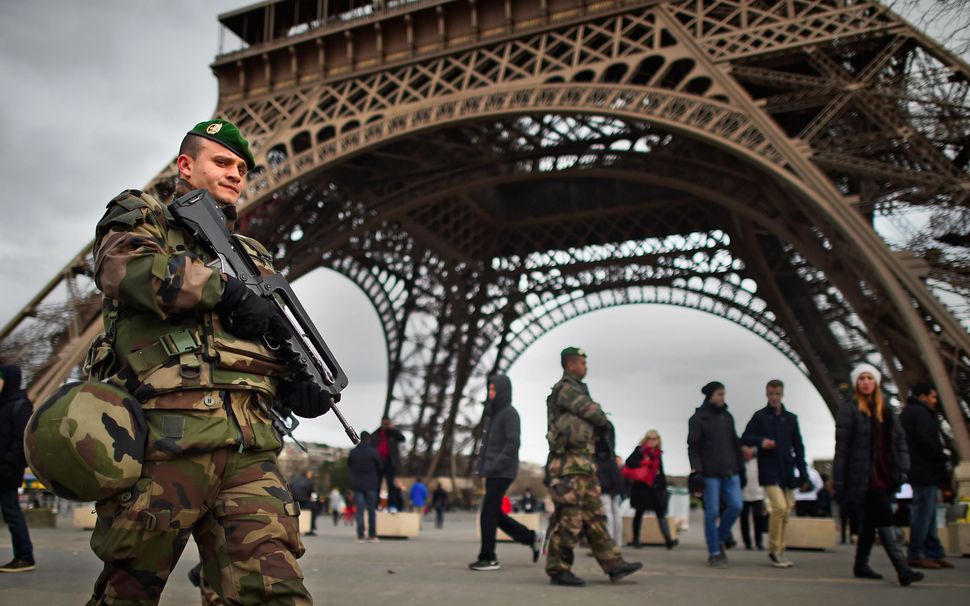 Two Jewish men were attacked in Paris in the middle of the day.

The men, in their early 20s, were attacked on Friday afternoon by a gang of about 40 people, leaving them slightly injured, according to a report by France’s National Bureau for Vigilance Against Anti-Semitism, or BNVCA.

The gang was identified as being members of Gaza Firm, a pro-Palestinian group, and involved in the Boycott, Divestment and Sanctions movement, according to JSSNews, which first reported the attack.

The attack took place on Boulevard Voltaire in Paris’ 11 arrondissement, or district, and is home to many Jewish-owned businesses.

Members of the Jewish community volunteered to protect the Jewish-owned businesses in the wake of the attack, according to BNVCA.

Police sent officers to the scene to prevent an escalation, and have opened an investigation into the attack.

Boulevard Voltaire is the site of the 2006 kidnapping of Ilan Halimi, 23, a French Jewish phone salesman, who was tortured and starved for 24 days while a gang negotiated with his family to obtain ransom. He was found naked and handcuffed in a Paris suburb on Feb. 13, 2006, with burns on 80 percent of his body, and he died on his way to the hospital.

Some 851 anti-Semitic acts were registered in 2014, compared with 423 the previous year, with acts of physical violence jumping to 241 from 105, according to the SPCJ security unit of French Jewish communities.