Protesters in Tel Aviv Call for Israel To Legalize Marijuana 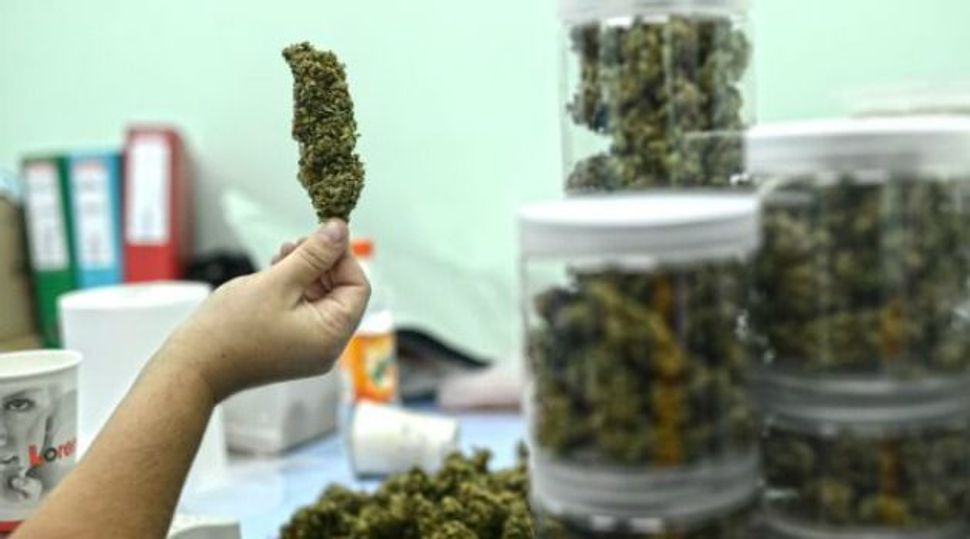 The protest Saturday night, which organizers dubbed the “Cannabis March,” began near Tel Aviv’s district courthouse and ended at the central square. There, several politicians and activists addressed the crowd in between musical performances and poetry readings.

“This is something less dangerous than a cigarette and less addictive than a glass of whisky,” Feiglin told the crowd. “We need to step out of this fear and make this a country of freedom.”

The march coincided with parallel events calling for marijuana legalization in cities around the world.

Recreational cannabis consumption is a criminal offense in Israel. Medical cannabis is legal, but patients need to go through an often lengthy process to obtain it. A handful of Israeli politicians across parties have called for medical cannabis to be made more accessible, with some advocating decriminalization or full legalization.

Meretz is the only party in Israel’s Knesset pushing for marijuana legalization. A 2014 poll showed that a majority of Israelis opposed legalizing soft drugs, while a third supported legalization, according to Israeli news website Mako.

At the event, attendees waved green flags while others wore cutouts shaped like marijuana leaves. No one appeared to be smoking marijuana at the event, though one attendee handed out packs of rolling paper.

Protesters in Tel Aviv Call for Israel To Legalize Marijuana