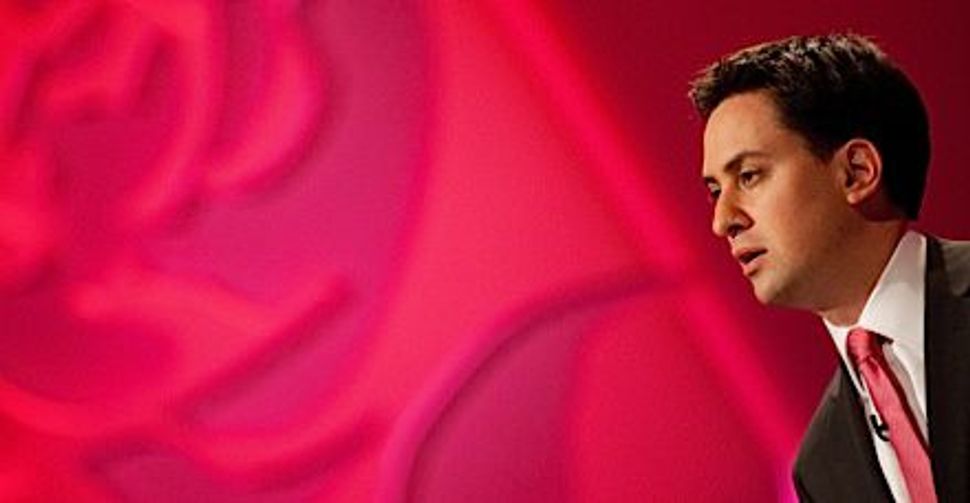 Britain’s opposition Labor Party leader Ed Miliband dismissed criticism of his decision to commission a “Moses-style” stone tablet etched with his promises before an election on Thursday, saying it made a serious point.

With three days to go until the vote, polls show Miliband’s center-left party is neck and neck with Prime Minister David Cameron’s Conservatives, with neither expected to win a majority.

Miliband unveiled the 8 foot high (2.4 meter high) limestone tablet over the weekend in a car park in a seaside town in southern England, saying it showed how serious he was about keeping his policy promises.

But the quirky move drew ridicule from opponents and supporters alike with many social media users making jokey comparisons with the biblical figure Moses and his stone tablet bearing the Ten Commandments.

Cameron mocked the tablet as a “tombstone,” and other Conservatives said the move smacked of hubris and looked like Miliband was assuming victory in the country’s closest election for a generation.

Miliband didn’t appear to see the episode’s funny side on Monday, saying the tablet sent voters an important message.

When asked if he regretted commissioning an object that had drawn so much mockery, he said he didn’t.

“Not at all, because I think trust is a huge issue in this election and the difference with our pledges is that they’re not going to expire on May 8.”

Miliband, whose “geeky” image and leadership abilities have been attacked by rivals throughout the campaign, has confounded critics by sharpening up his performance, though opponents say that’s because expectations of him were so low to begin with.

Miliband’s aides have said the tablet could be installed in the garden of the prime minister’s official central London residence if he wins Thursday’s election.

If he does triumph, the local council, which is controlled by the Conservatives, has signaled it might withhold planning permission for the stone to be erected however.

“I’ll leave the landscape gardening to other people,” he said.