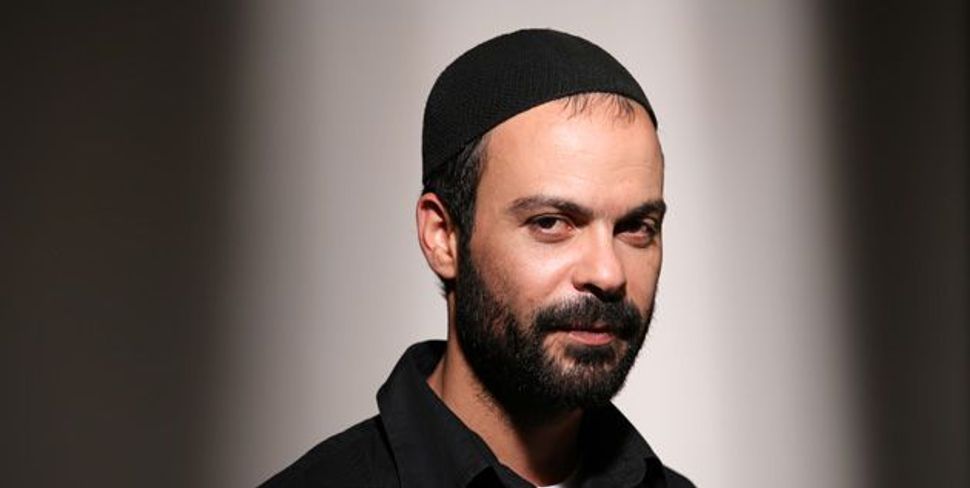 Articulate: Benayoun was calm and articulate in an interview with the Forward. Image by OHAD ROMANO

The popular Israeli singer Amir Benayoun released a song that wishes for the death of President Barack Obama, whom he refers to as a “treacherous creature.”

Benayoun, who previously has been accused of racism and incitement, posted the song Monday on Facebook. He deleted it after receiving negative feedback on his page.

“I was glad to receive your responses to the song I posted. As an artist, it is important to me to express my opinions fully. But for now, I decided to consider your responses, which I appreciate, and take my thoughts, musings and songs … elsewhere,” he wrote on Facebook.

According to the Times of Israel, the song lyrics include passages such as “I bought myself a crow with a fabulous little mustache, even though there are many like those available for free, Because of my fondness for Obama, I’ll just say that I named him after the ugly president” and “the reason I bought a cruel crow was to try to inject this treacherous creature with a bit of heart, [but] in the meantime, I’ve lost an eye, I suffer from idiocy … and wish for the death of the corrupt creature.”

Last November, Benayoun was disinvited from a performance at President Reuven Rivlin’s official residence because of a recent song he had written called “Ahmed Loves Israel,” which calls an Arab-Israeli student “ungrateful scum.”

In a Facebook post in February, the mainstream Israeli artist compared Israel’s liberal politicians to the “devil.”