Palestinian Unity Elusive Year After Deal Between Hamas and Fatah 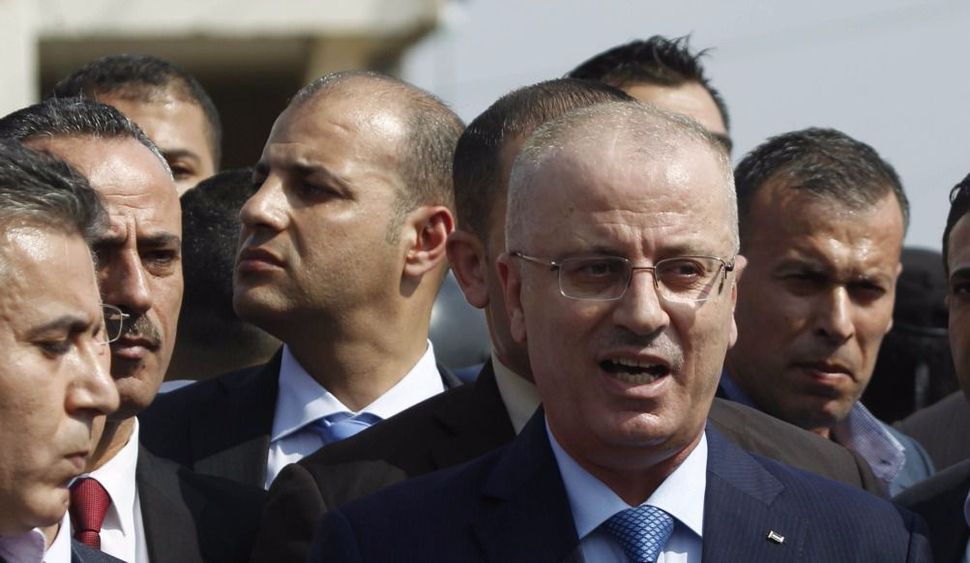 In recent weeks, a flurry of envoys has beaten a path to Gaza’s door: representatives from Qatar, Turkey, the United Nations, the European Union and former U.S. president Jimmy Carter have all visited or tried to visit.

Yet the result has been the same: no success in reconciling Hamas, the Islamist movement that has controlled Gaza since 2007, and Fatah, the more secular, Western-backed party that runs the Palestinian administration from the West Bank.

Nearly a year since Hamas and Fatah signed a “national reconciliation” agreement, the two are no nearer to bridging their differences or tackling the mounting challenges Palestinians’ face.

Fatah is convinced Hamas, which fought a war with Israel in Gaza nine months ago, is trying to carve out an Islamist fiefdom in the 360 square kilometers of the Gaza Strip. Hamas goads Fatah about its unwillingness to hold elections out of fear it will lose and Hamas will end up in full control.

Such deep internal divisions are in part the reason why Israel repeats that it has no Palestinian partner to deal with, making a return to peace negotiations near impossible.

“Hamas does not want the division to end,” said senior Fatah official Amin Maqboul, adding that Hamas, whose leader lives in self-imposed exile in Qatar, has its own plan for Gaza.

“We know that Hamas has never been in favor of a Palestinian state,” he said, suggesting that rather than forging unity with the West Bank and East Jerusalem, the group is determined to create an Islamist “emirate” on the Mediterranean.

For its part, Hamas says Palestinian President Mahmoud Abbas shows no real inclination towards reconciliation, sending envoys to Gaza rather than coming himself from the West Bank. His large home in Gaza, not far from the sea, has been turned into an office for cabinet ministers and a venue for angry rallies.

“There is nothing more we can do, no more that we can do to facilitate reconciliation,” said Hamas spokesman Sami Abu Zuhri.

Foreign diplomats express deep frustration with the situation and tend to find blame on both sides: Hamas is authoritarian and difficult to pin down, but Abbas and Fatah seem inclined to wash their hands of Gaza, too.

“You can’t impose a solution from the outside. These guys have got to sort it out themselves,” said one European diplomat.

“Seven years on, we are closer to having two (Palestinian) states, one in Gaza and one in the West Bank, not the two states of Palestine and Israel,” he said.

The impact of the stand-off is widespread, but in two areas it is particularly problematic: it is stalling rebuilding in Gaza after the war and it is undermining democratic legitimacy, with the last Palestinian elections held nearly a decade ago.

A U.N.-brokered agreement with Israel to allow reconstruction materials into Gaza, where 130,000 homes were damaged or destroyed in last year’s war, requires the Fatah-dominated Palestinian Authority (PA) to take back control of border security and administration in Gaza.

But there is no agreement between Hamas and the PA on such cooperation. As a result there is still only a trickle of reconstruction goods and equipment flowing into Gaza, a source of intense aggravation to Gazans.

Meanwhile, the question of Palestinian elections will not go away. Hamas narrowly won the last legislative vote in January 2006, although its government only lasted until mid-2007, when a Fatah-Hamas conflict blew up and the Islamists seized Gaza.

At the same time, Abbas has been Palestinian president since 2005, even though his term theoretically expired in 2009.

Now 80, he has indicated that he will not run for another term, but he has also set no date for legislative and presidential elections, saying the time is not right.

The concern is that Hamas is too popular. A student council election last month at Birzeit University, a liberal West Bank institution, was handily won by Hamas. Another election at An-Najah University was canceled, although officials said it wasn’t because of the Hamas threat.

Since then, Hamas supporters have teased Fatah about its reluctance to hold elections. Carter and other envoys have urged Palestinian leaders not to abandon the democratic process.

But quietly diplomats also acknowledge that if parliamentary and presidential elections were to be held and Hamas won – as is possible – it would be extremely difficult to engage, with Hamas listed as a terrorist organization by the United States and EU.

And it would rule out any return to negotiations with Israel’s newly elected right-wing government, putting a two-state solution to the conflict even further out of reach.

Palestinian Unity Elusive Year After Deal Between Hamas and Fatah