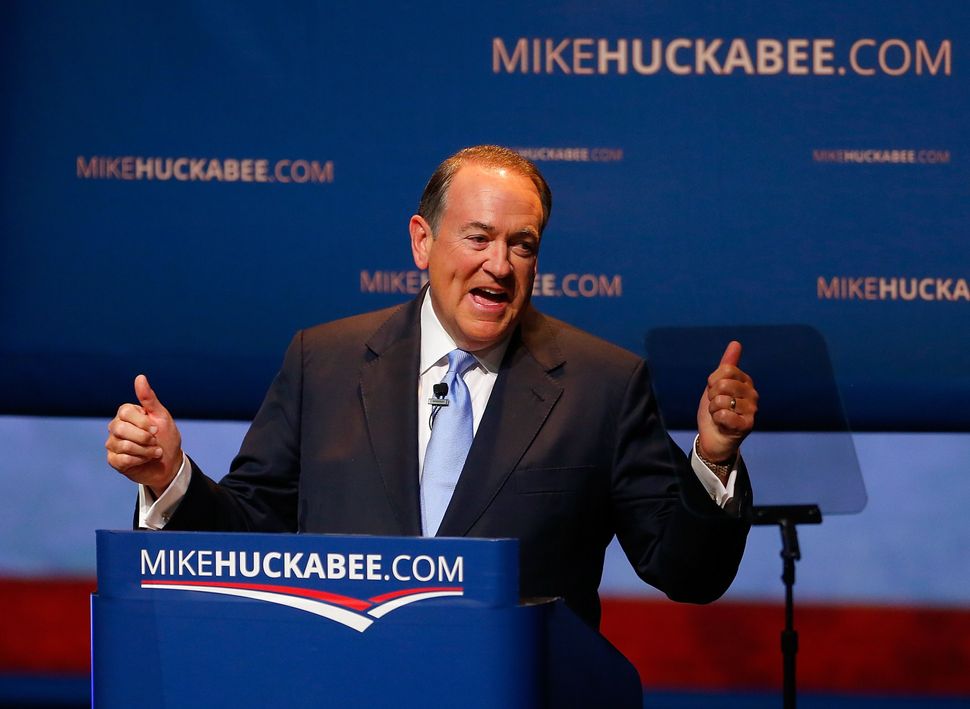 Mike Huckabee announced his bid for the Republican presidential race and pledged unyielding support for Israel, saying “hell would freeze” before Iran would get a nuclear weapon on his watch.

Huckabee, a former governor of Arkansas, launched his run Tuesday in Hope, Arkansas, the birthplace he shares with former President Bill Clinton.

Like many of the other GOP candidates, Huckabee cast President Barack Obama’s foreign policy as not sufficiently protective of Israel’s interests.

“Hell will freeze over before they get a nuclear weapon,” Huckabee said of Iran.

The Obama administration and Israeli Prime Minister Benjamin Netanyahu are at odds over an emerging deal between Iran and the major powers that would swap sanctions rollbacks for measures aimed at keeping Iran from acquiring a nuclear weapon. Obama backs the deal, while Netanyahu says it will make Iran a nuclear threshold state.

A number of others have all but announced, including former Florida Gov. Jeb Bush; Sen. Lindsey Graham, R-S.C.; New Jersey Gov. Chris Christie; Wisconsin Gov. Scott Walker; Indiana Gov. Mike Pence; and former Texas Gov. Rick Perry. As many as 20 candidates may ultimately vie for the GOP spot. Huckabee, however, probably has the greatest breadth of knowledge about Israel. A pastor, he visits the country three to four times a year and leads tours there for evangelical Christians.

He also is known for his social conservatism, decrying at his launch legal advances for gay marriage. The National Jewish Democratic Council said in a statement that Huckabee was “out of step” with American Jews, who tend to embrace progressive values.

The NJDC statement quoted Huckabee as comparing gay marriage, abortion, right-to-die measures and debt to the Holocaust, “none of which, it should be noted, involve genocide and the military subjugation of numerous countries.”

Huckabee’s announcement Tuesday came after Fiorina and Carson announced on Monday. As soon as Carson announced, a PR firm distributed to reporters a video of the candidate touring ancient Jewish sites near Jerusalem’s Old City.