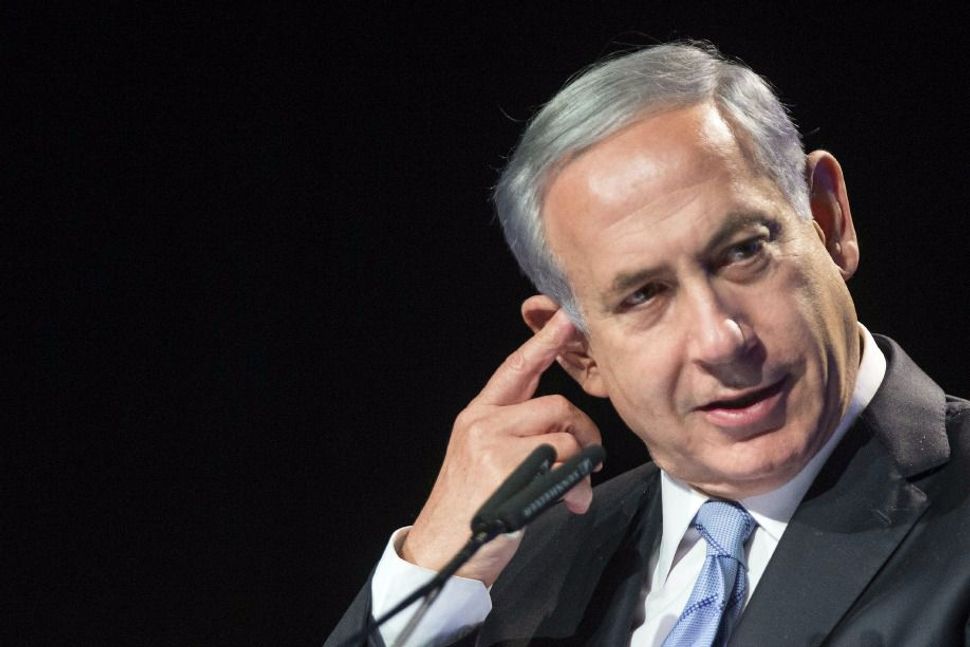 Prime Minister Benjamin Netanyahu clinched a deal to form a new government on Wednesday just before a deadline expired, but his coalition will rule by the slimmest of majorities in Israel’s turbulent parliament.

“Israel now has a government,” Naftali Bennett, the head of the far-right Jewish Home party announced at parliament after hours of haggling with Netanyahu’s Likud deputies over cabinet positions, which were not immediately announced.

Netanyahu had struggled to put together a coalition for nearly two months after winning an easy election victory, after a former ally abandoned him this week.

Netanyahu dispatched a formal notice to President Reuven Rivlin, telling him “I am honored to notify you I have succeeded in forming a government, which I would like to present to parliament as soon as possible.”

With Jewish Home, the ultra-Orthodox United Torah Judaism and Shas parties and Kulanu, a centrist faction, the Likud-led government will control 61 of parliament’s 120 seats.

Such a narrow majority will make Netanyahu vulnerable to policy demands from even his most junior partners, continuing a long tradition of instability in Israeli politics.

Jewish Home seems certain to push for the expansion of Jewish settlement in occupied territory, a policy that could deepen Israel’s rift over the issue with its main ally, the United States, and the European Union.

Bennett, the party’s leader, has called for the annexation of parts of the West Bank. That goes beyond Netanyahu’s pledge to continue to build in settlements only in areas Israel intends to keep in any future peace deal with the Palestinians.

In return for Jewish Home’s support, Netanyahu bowed to its demand for the justice minister portfolio, a post critical to the smooth passage of cabinet-approved legislation to parliament for ratification.

Under a compromise, some of the minister’s authority may be curbed, Israeli political sources said. The exact job definition was likely to be ironed out only in talks expected to take place overnight until the agreement between the parties is signed.

Bennett is a strong supporter of a bill, promoted by Netanyahu, that would anchor in law the status of Israel as the nation-state of the Jewish people. Critics, among them Rivlin, have said it runs counter to the founding fathers’ vision of equality for Arab citizens.

Other proposed legislation likely to be pursued would seek to limit the power of the Supreme Court to overturn laws passed by parliament and tighten controls over foreign donations to left-wing organizations.

Shortly after the March 17 election, Netanyahu appeared to be coasting toward a right-leaning government with control of 67 parliamentary seats and voiced confidence he would be able to form one quickly. Rivlin initially gave him 28 days to do so.

But on Monday, Foreign Minister Avigdor Lieberman, whose once-strong relationship with the Israeli leader turned sour long ago, took his far-right Yisrael Beitenu party out of the coalition talks.

That left Netanyahu with only 53 seats, making Jewish Home’s backing essential to ensuring the unexpected election win would result in a fourth term for the 65-year-old leader.

Had Netanyahu not met Wednesday’s deadline, the president would have been obligated by law to appoint another legislator to try to form a government.

A coalition pact between Netanyahu and his main election rival, Isaac Herzog, leader of the center-left Zionist Union that won 24 seats, would have ensured a broader coalition.

But Herzog, who largely echoes Netanyahu in criticism of the framework deal world powers reached with Iran last month to restrict its nuclear program, did not stray from his post-election pledge to take to the opposition benches.—Reuters