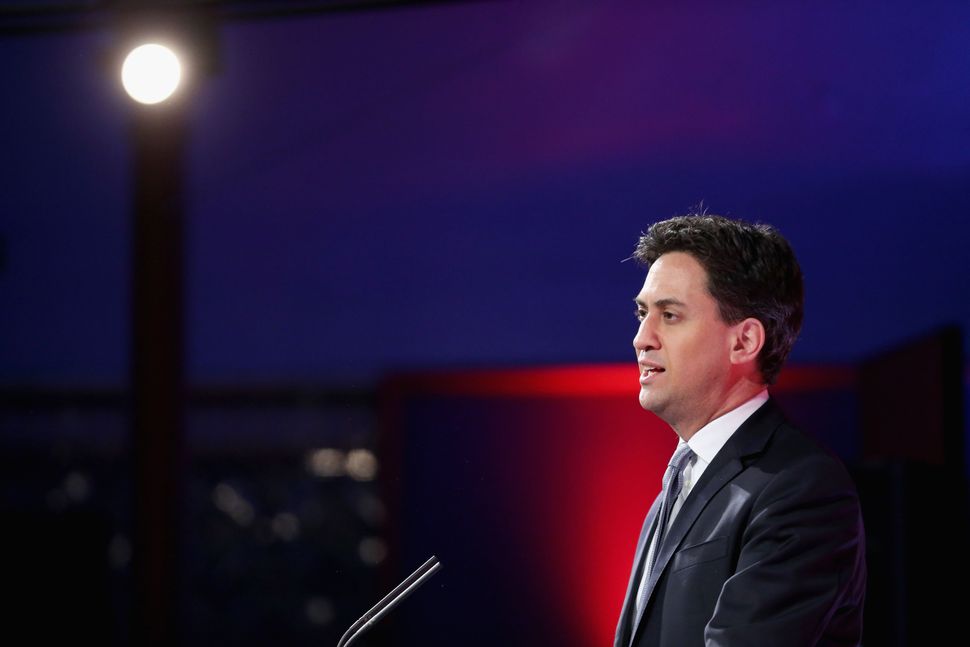 By Guy Faulconbridge and Andrew Osborn May 07, 2015

Britons went to vote on Thursday in the tightest election for decades; one that could cause government gridlock, push the world’s fifth-largest economy closer to leaving the European Union and stoke a second attempt by Scotland to break away.

“This race is going to be the closest we have ever seen,” Miliband told supporters in Pendle, northern England, on the eve of the vote. “It is going to go down to the wire.”

Cameron said only his Conservatives could deliver strong, stable government: “All other options will end in chaos.”

The Conservatives portray themselves as the party of jobs and economic recovery, promising to reduce income tax for 30 million people while forcing through further spending cuts to eliminate a budget deficit still running at 5 percent of GDP.

Labor says it would cut the deficit each year, raise income tax for the highest 1 percent of earners and defend the interests of hard-pressed working families and Britain’s treasured but financially stretched National Health Service.

“I think Labor is best for the good of the whole country. The Conservatives have cut spending too much,” said student Abi Samuel at a polling station in Edinburgh’s well-heeled New Town.

Retiree Robert McCairley said it had been a messy campaign.

“What disappoints me is that there was too much on the National Health Service, hospitals and schools but not enough on the deficit – no one showed us the figures,” he said.

If neither party wins an overall majority, talks will begin on Friday with smaller parties in a race to strike deals.

That could lead to a formal coalition, like the one Cameron has led for the past five years with the centrist Liberal Democrats, or it could produce a fragile minority government making trade-offs to guarantee support on key votes.

British top share index fell to a near one-month low although election jitters failed to translate into any significant sell-off. The two main parties have been neck-and-neck in opinion polls for months.

The pound was slightly weaker but the short-term cost of protection against swings in the pound jumped to multi-year highs.

“What is important to us is clarity as soon as possible,” Andrew Witty, chief executive of GlaxoSmithKline, Britain’s sixth-largest company by market value, told reporters.

An opinion poll released on Thursday showed the two main parties tied, with Labor wiping out a two-point lead by the Conservatives recorded by the same pollster earlier this week.

Of seven polls released on the last day before voting, three showed the two main parties level, three put the Conservatives ahead by a single percentage point, and one gave Labor a two-point lead.

Leading pollster Peter Kellner of YouGov predicted the Conservatives would end up with 284 seats to Labor’s 263, with the Scottish National Party (SNP) on 48, Liberal Democrats 31, the anti-European Union UK Independence Party (UKIP) two, Greens one, and Welsh and Northern Irish parties 21.

If that proved correct, either of the two big parties would need support from at least two smaller ones to get laws through parliament, as the SNP has ruled out any deal with Cameron.

If a durable government could not be formed, Britain could face political instability and even possibly a second election.

The fractured polls show Britain’s post-World War Two political consensus — which saw the Conservatives and Labor take turns in government — is crumbling as once-marginal parties in Scotland and England steal millions of votes.

Scottish nationalists, who lost an independence referendum last September, are likely to win the lion’s share of seats in Scotland, capturing dozens from Labor, and making Miliband’s chances of winning an overall majority much slimmer.

In England, UKIP has courted Conservative and Labor voters but is likely to damage Cameron’s chances of a majority most, despite the Prime Minister promising an in-out referendum on Britain’s membership of the European Union by the end of 2017 in an attempt to reassure Conservative voters considering straying.

Any referendum is likely to damage the City of London’s standing as a global financial center and unsettle markets.

Cameron has warned that Miliband will only be able to rule with the help of the SNP, a result he says could place the United Kingdom in peril.

Miliband has ruled out doing a deal with the nationalists, despite their overtures to form an alliance against the Conservatives.

“If we work together we can lock out the Tories. We will work with others across the United Kingdom, that is my pledge,” SNP leader Nicola Sturgeon said in Edinburgh.

If Cameron fails to win a majority, he could try to strike a deal with the Liberal Democrats, a repeat of the 2010 coalition, and possibly also with Northern Irish unionists and UKIP.

Polls opened at 0600 GMT for the United Kingdom’s 48 million voters and close at 2100 GMT. An exit poll will be published as soon as polls close, and most results are expected in the early hours of Friday.—Reuters