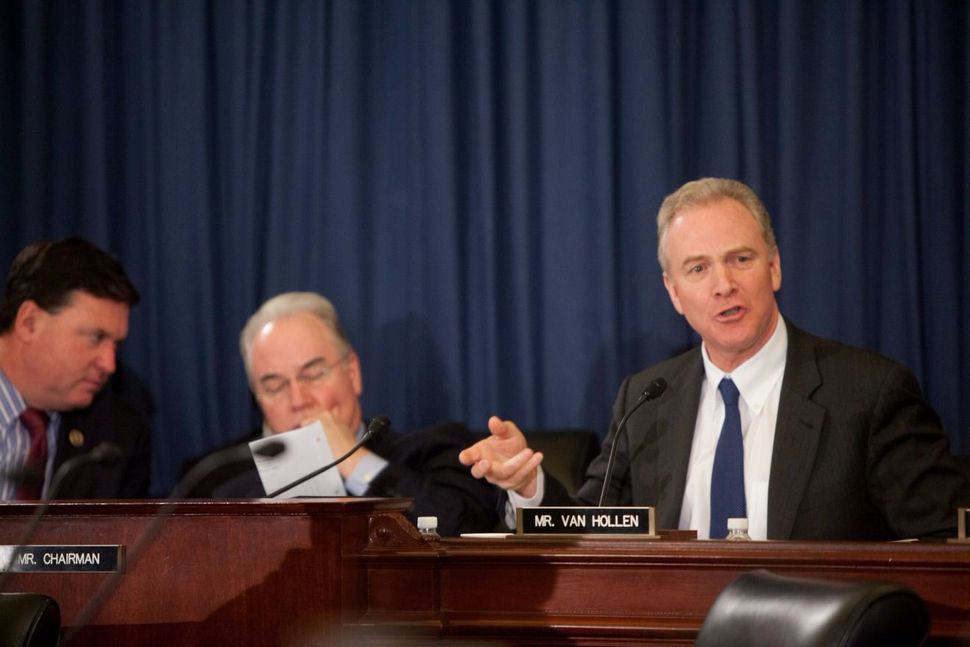 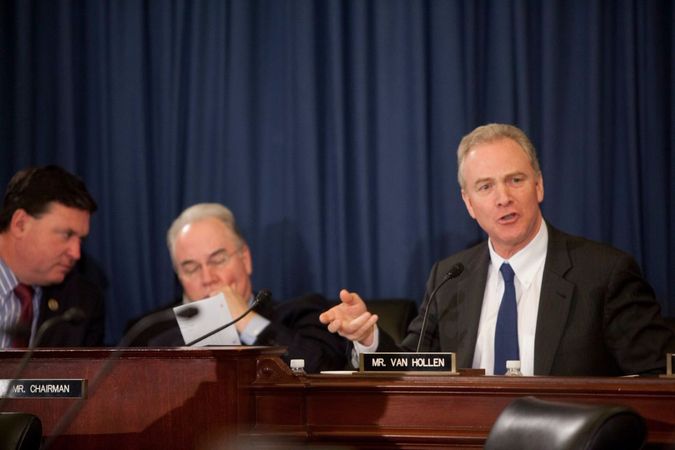 A flier alleging Jewish control of black politicians was distributed at a budget meeting in a Maryland suburb of Washington.

Leggett and Baker, the equivalent of mayors in the populous Washington suburbs, have endorsed Van Hollen, who is facing Rep. Donna Edwards in a primary fight to succeed Sen. Barbara Mikulski, also a Democrat, who is retiring.

“Van Hollen will run against Donna Edwards and other African-American candidates chosen and financed by the Israel lobby for the purpose of splitting the African-American vote in the primaries,” the leaflet said. It accused Leggett and Baker of selling out Edwards “for a few doggy treats.”

It is not known who is behind the flier.

Both Edwards and Van Hollen condemned the flier.

“I am outraged and disgusted by the anti-Semitic hate speech in this flier,” Edwards said. “It has no business in our discourse, let alone American politics.”

“I know our voters won’t stand for it,” Lewis said. “This kind of hate has no place in the debate about the future of our state and our country.”