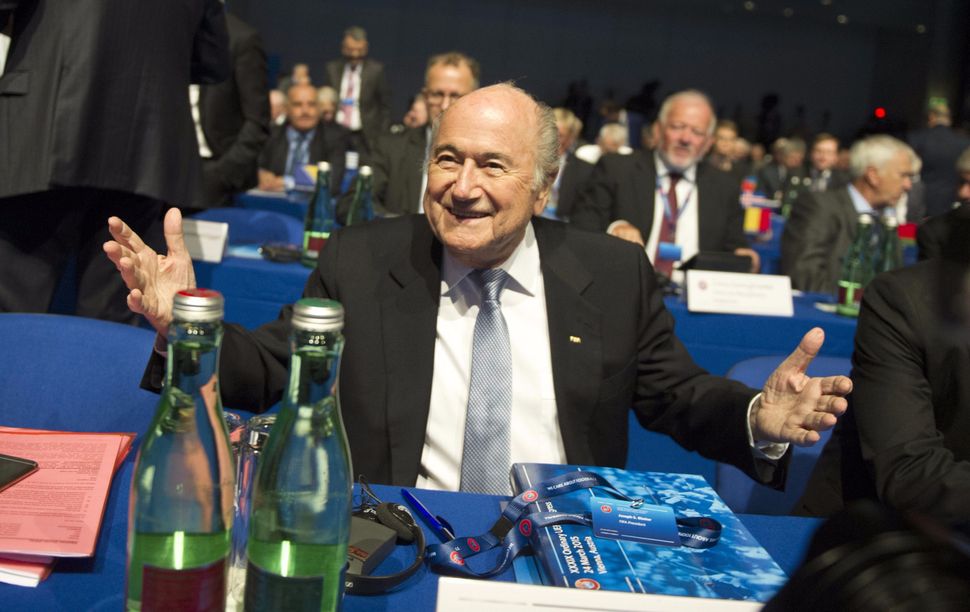 The president of FIFA reiterated that Israel will not be suspended from international soccer’s governing body.

Sepp Blatter made his remarks in a meeting Wednesday with the heads of Israel’s soccer association at FIFA headquarters in Zurich.

According to a FIFA news release, Blatter “reiterated his position that any member association that is fulfilling its statutory duties should not be suspended. This would also apply to the IFA as long as they fulfil [sic] such duties.”

Israel is currently competing in Euro2016 qualifying events. If FIFA were to suspend Israel, it would be barred from all international soccer events, including World Cup qualifications.

In 2013, he threatened to suspend Israel from international play for excessive government interference in soccer.