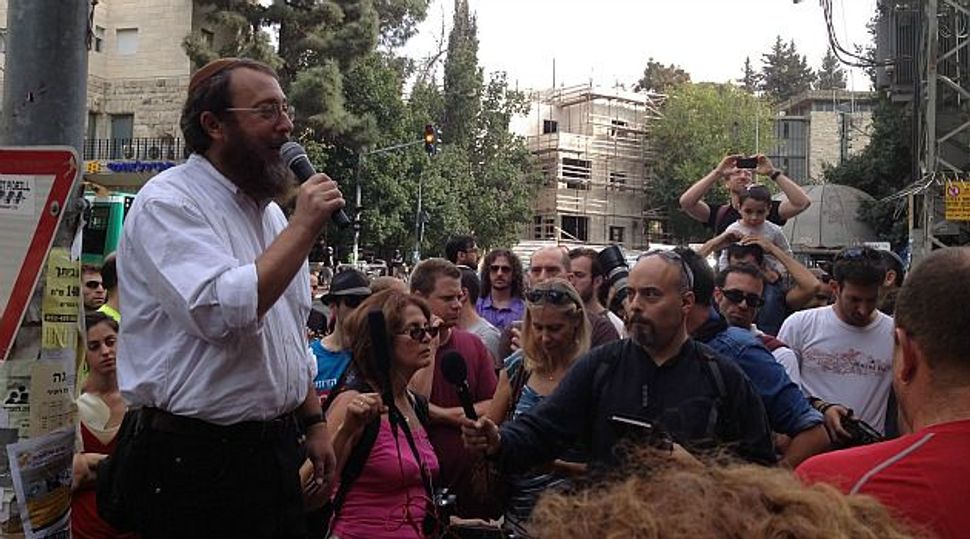 Eatery Anger: Restaurateurs are fuming at the Israeli state rabbinate?s monopoly on kosher certification. Image by courtesy of jerusalem movement

Israeli restaurants can present themselves as kosher even if they are under a private kashrut supervision not licensed by the Chief Rabbinate, Israel’s attorney general ruled.

Yehuda Weinstein announced his ruling on the food establishments on Wednesday after issuing it to the Supreme Court on Sunday. According to the ruling, the restaurants may not call themselves kosher but can say they have private certification. They also must make their method of certification clear, so as not to confuse the consumer.

The ruling came in response to a lawsuit filed by the Israel Religious Action Center of the Reform movement on behalf of two Jerusalem restaurants that stopped using the Chief Rabbinate’s certification service but said they continued to observe the laws of kashrut. The restaurants advertised themselves as kosher, according to Israeli media reports.

Fines against the restaurants under a kosher fraud law were overturned.