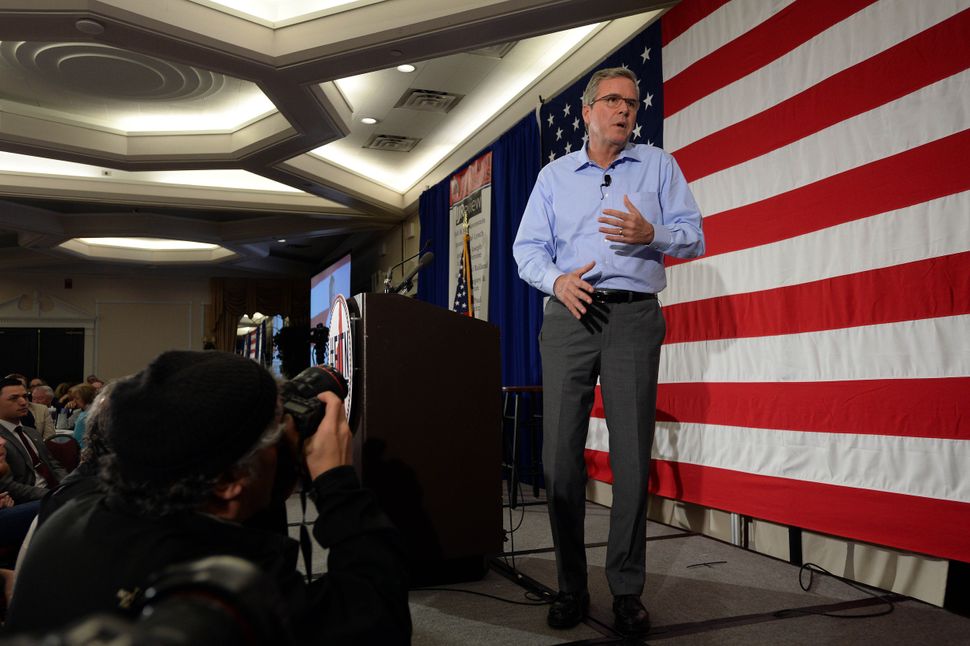 Jeb Bush said he was likeliest to take advice on Israel from his brother, former President George W. Bush.

“If you want to know who I listen to for advice, it’s him,” the former Florida governor and likely contender for the GOP presidential nod was quoted Thursday by the Washington Post as telling a group of potential campaign funders from the pro-Israel community.

Bush faced questions at the meeting Tuesday in New York City, organized by Paul Singer, about including on his team James Baker, the secretary of state under Bush’s father, President George H.W. Bush.

Baker had tense relations with the Israeli government at the time, led by the late Yitzhak Shamir, and more recently criticized the current Israeli prime minister, Benjamin Netanyahu, for his policies toward the Palestinians.

Republican Jews are fond of the younger former President Bush, seen as among the friendliest presidents to Israel, but are wary of associations with the brothers’ father.

“Gov. Bush has said before that his brother is the greatest ally to Israel in presidential history, he admires his stalwart support for our ally, and that is in line with his commitment to standing with Israel in the face of great threats to their security and our own,” his spokesman, Tim Miller, told the Post.

Singer is organizing meet-and-greet events for a number of declared and likely Republican candidates. Bush has yet to formally declare.