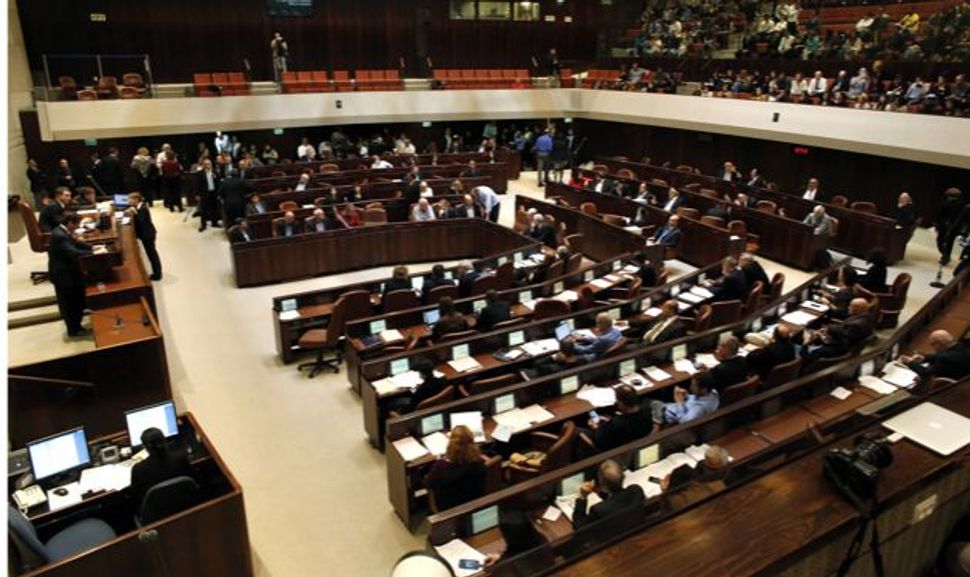 Israel’s Cabinet approved a proposal to expand the number of government ministers to more than the current 18.

The decision was made by the outgoing Cabinet of the 33rd government of Israel and overturns a law passed during its term limiting the number of Cabinet ministers and deputy ministers.

Netanyahu reportedly plans to appoint 20 ministers and four deputy ministers, and possibly others, in the new government in order to keep all of his coalition partners, and his own party, happy.

Netanyahu will ask the full Knesset plenum to hold a final vote on the matter on Monday. Wednesday is the final deadline for swearing in the new Cabinet.

If the proposal, an amendment to the Basic Law, is not approved by the full Knesset with a simple majority of 61, coalition partners could pull out and another party leader be asked to form a government, likely Isaac Herzog of the Zionist Union.

Herzog on Sunday said he would remain in the opposition to quickly bring down the government, despite rumors that Netanyahu plans to hold the Foreign Ministry portfolio in order to bring Herzog into the government.