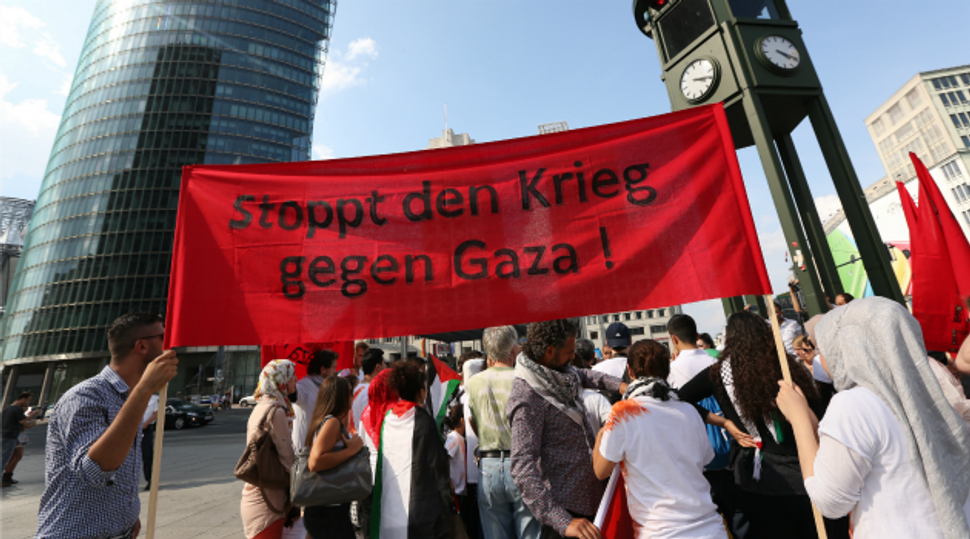 A major increase in anti-Semitic and right-wing violent attacks in Germany is “extremely worrying,” according to the country’s interior minister.

The number of right-wing extremist violent crimes in 2014 was 22.9 percent higher than in 2013, according to the annual report of the Ministry of the Interior released this month. Anti-Semitic crimes rose 25.2 percent to 1,596 in 2014 after declining in 2013.

In releasing the statistics, Interior Minister Thomas de Maiziere described an “extremely worrying” situation in which “xenophobic, anti-Semitic and racially motivated crimes and violent attacks have increased. Attacks are directed specifically against churches, synagogues and mosques. Refugees and their temporary housing are increasingly coming under attack.”

“The feeling of insecurity among Jews reflects a real threat and has to be taken seriously,” Kahane said in a statement. “It is not acceptable that there are areas in Germany where Jews fear for their safety.”

Kahane is part of the newly formed nongovernmental Expert Commission on Anti-Semitism along with the American Jewish Committee’s Berlin director, Deidre Berger, and Julius Schoeps, founding director of the Moses Mendelssohn Center for European Jewish Studies in Potsdam.

“Way too often, Jews in Germany are held responsible for Israeli government policies and subjected to threats and attacks,” said Green Party politician Volker Beck in a statement.

“You can only combat this climate of anti-Semitism with concrete efforts and measures,” added Beck, who recently received the Shield of Keren Hayesod award for his dedication to strengthening German-Israel relations.