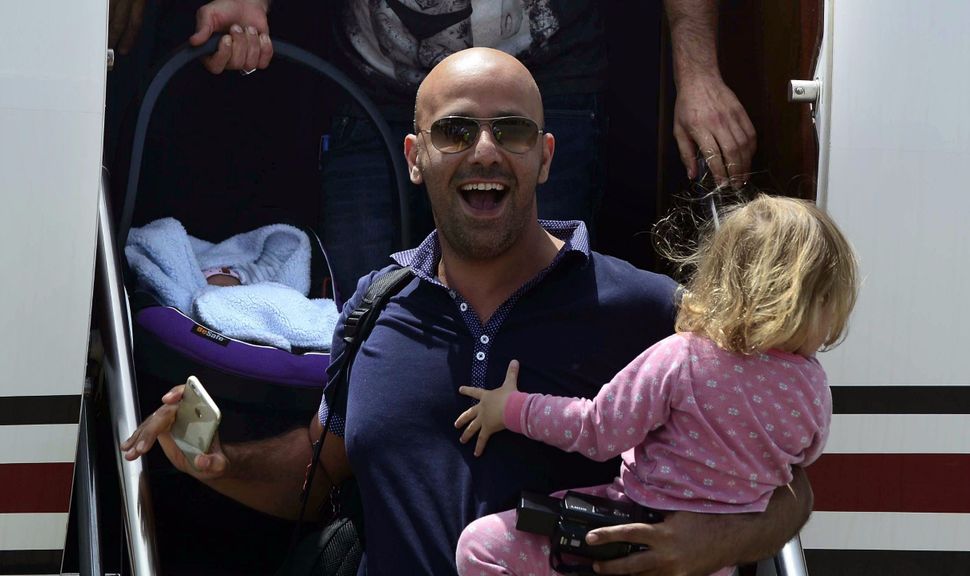 HispanTV broadcast the original report, which quotes an unnamed NGO as stating that “Israel uses humanitarian help as a cover for trafficking of 25 babies in Nepal.” Telesur picked up the report last week.

The report stated, correctly, that of the 25 babies that were taken to Israel, “15 of them were born through Tammuz, an Israeli surrogacy company which provides services to Israeli couples unable to bear children, particularly homosexual couples.” The other babies also reportedly were born to surrogate mothers for Israeli parents.

“The ‘Tehran-Caracas axis’ even perverts humanitarian aid to victims of natural disasters such as the Nepal earthquake, just as they had accused the Israeli medical mission of harvesting body parts in the Haiti catastrophe,” said Dr. Shimon Samuels, director for International Relations of the Wiesenthal Center. “Through these Spanish-language television satellites, Iran foments anti-Semitism across the Americas, just as it sponsors global terrorism, slanders the Holocaust and pursues its nuclear program.

One year ago, Iran publicly announced a plan to increase its media influence in Latin America.