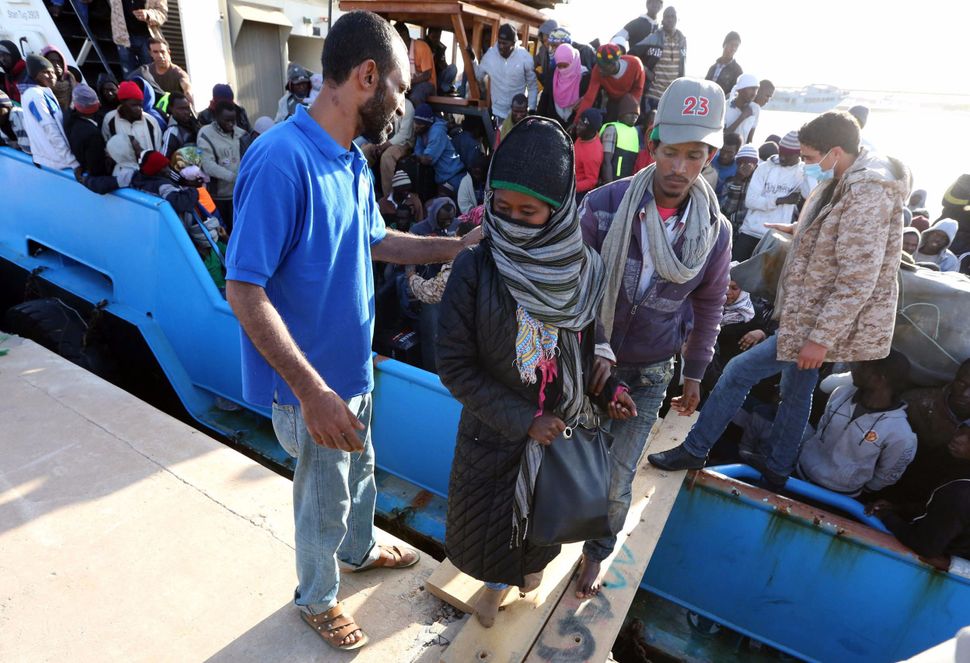 Sweden’s deputy prime minister apologized for making an analogy between the migrant refugee crisis in the Mediterranean and Auschwitz.

Asa Romson of the Green Party apologized on Monday for the remarks she made the previous evening during a televised debate in parliament.

“It was wrong to make an analogy with Auschwitz. I sincerely apologize,” Romson wrote in posts on Twitter and Facebook, in addition to going before reporters, the Svenska Dagbladet reported Monday. “When I thought of the terrible situation going on in the Mediterranean, I was so angry that so many people have died. The situation still cannot be compared with what happened in Nazi Germany.”

Romson said her statement was “not well thought out.”

During the debate, she said “We are … turning the Mediterranean into the new Auschwitz.”

Lena Posner-Korosi, chair of the Jewish Central Council in Sweden, told the Aftonbladet that the statement was “ignorant and absurd.” Posner-Korosi said she accepted the apology on behalf of the council, but called on Romson to issue a public apology specifically to Holocaust survivors and their children.

In her apology, Romson referred to Roma as Gypsies, angering organized Roma organizations. She later apologized.