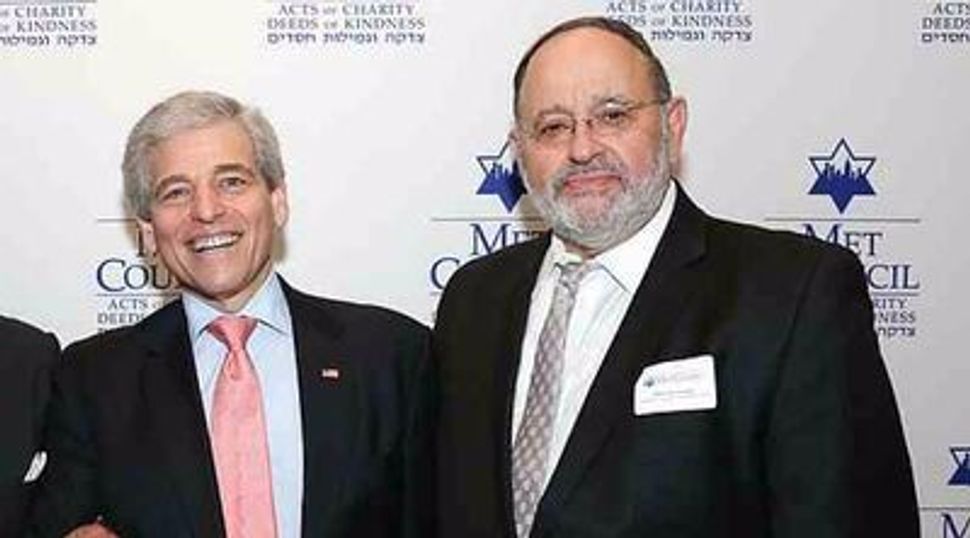 David Cohen, right, was sentenced to a year in prison for his role in the Met Council fraud scheme.

David Cohen, the former executive director of New York’s Metropolitan Council on Jewish Poverty, was sentenced to one year in jail for his role in a $9 million embezzlement scheme against the Jewish nonprofit.

The sentencing of Cohen, announced in a news release Monday by the state’s attorney general and comptroller, concludes the sentencing for six co-conspirators in the 20-year scam against the social service organization. Cohen also must pay $650,000 in restitution, the approximate amount he personally stole.

He pleaded guilty in April 2014 to two grand larceny charges and a conspiracy charge.

“Today, we have held all of the Met Council conspirators accountable for their roles in this massive theft, which ripped off some of the neediest New Yorkers,” Eric Schneiderman, the attorney general, said in the news release.

The scheme involved the Met Council’s former CEO, William Rapfogel, who was sentenced last summer to 3 1/3 to 10 years in prison and paid $3 million in restitution.

The Met Council provides social, economic, housing, food and emergency financial assistance to poor and elderly New Yorkers. The bulk of its funding comes from government allocations, but it also receives funding from UJA-Federation of New York for projects serving Jewish populations.