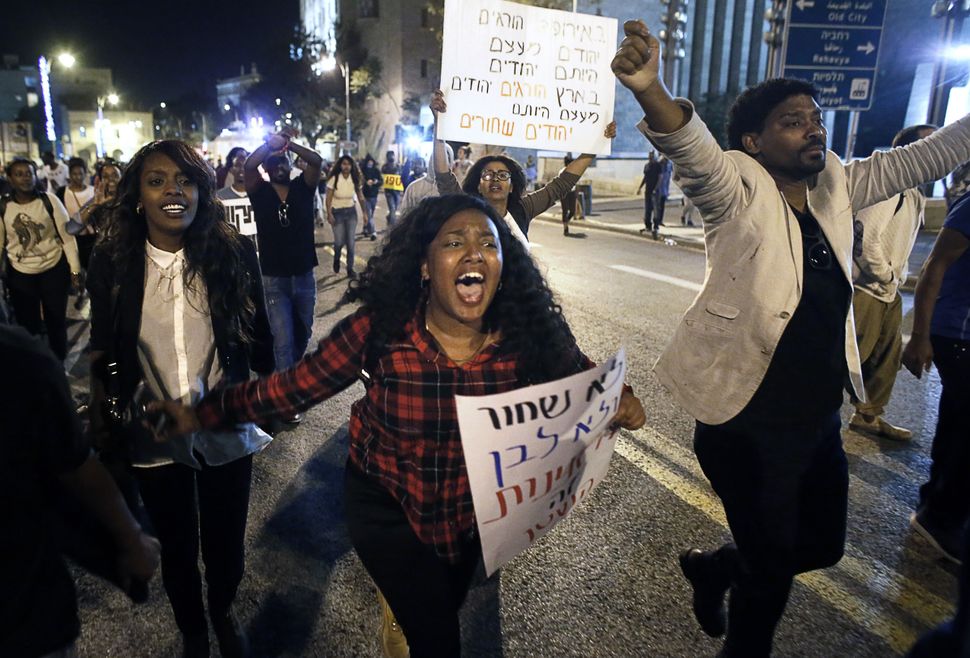 The Israeli officer who was caught on video beating an Ethiopian-Israeli soldier met with police officials at a dismissal hearing.

The hearing was held Monday morning, according to Israeli news reports.

The beating was among the catalysts for Ethiopian-Israeli protests against police brutality and racism that turned violent in Jerusalem and Tel Aviv. Ethiopian-Israeli activists have called for the officer’s dismissal.

A final decision on the officer’s employment with the Israel Police will be made in the coming days, according to reports.