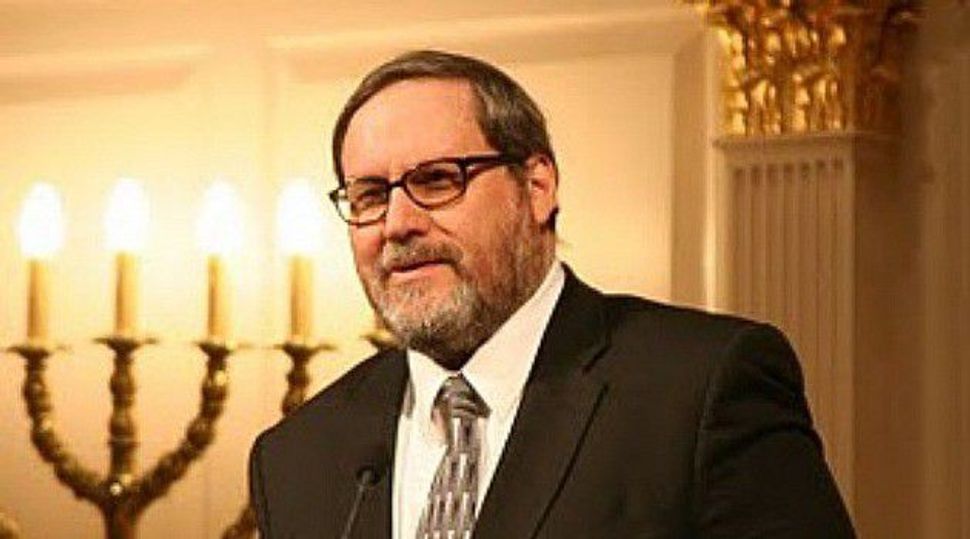 In addition to secretly recording women undressing for the mikvah ritual bath, Rabbi Barry Freundel engaged in sexual encounters with several women, according to prosecutors.

That’s one of several new details about the mikvah-peeping rabbi to emerge from two documents filed in D.C. Superior Court on May 8 — one each by the prosecution and defense — ahead of Freundel’s sentencing on Friday. The documents, which attempt to sway the judge’s sentencing, shed new light on Freundel’s behavior and offer some particulars about the rabbi’s life since his arrest on October 14, 2014 — including that he has resumed some rabbinic teaching.

Freundel pleaded guilty in February to 52 counts of misdemeanor voyeurism for installing secret cameras in the shower room of the mikvah adjacent to Kesher Israel, the prominent Washington Orthodox synagogue he led for some 25 years.

He used one to three cameras, hiding the devices in a digital clock radio, a tissue box holder and a small tabletop fan, and aiming them at the toilet and shower in the mikvah dressing room, according to the prosecution’s memo. In addition to the 52 women he filmed while they were completely naked between March 4, 2012 and Sept. 19, 2014, Freundel recorded an additional 100 women since April 2009 who were not part of the criminal complaint due to the statute of limitations.

In addition to his crimes, Freundel videotaped himself engaged in “sexual situations” with “several women” who were not his wife, according to the memo. Many of the women may not have consented to being taped or were not aware that they were being recorded. A spokesman for the court contacted by JTA declined to elaborate on what the “sexual situations” constituted.

In its memo, the defense argues that Freundel’s public humiliation has been punishment enough for a first-time nonviolent offender.

The prosecution memo notes that in addition to the hidden cameras at the mikvah, Freundel surreptitiously videotaped a domestic violence abuse victim in the bathroom and bedroom of a safe house that he had established for her so she could escape her husband’s violence.

“I thought I saw a holy man of God, a man whom I could trust to protect me from outside evils, but I have come to see the blackness which hid beneath the garments,” the victim said in a court document. “The dreadful symptoms I once banished have returned. I cry when I am awake, and I scream out against the darkness in the nightmares of my sleep. I have constant flashbacks of the worst times of my life, as I am forced to repeatedly relive the horrors I once knew. I dare not look at myself unclothed in a mirror, for it is a glaring reminder of what was taken and stolen.”

Freundel edited the videos to delete footage when the woman was not in the room, and meticulously labeled and stored each video segment. It is believed that he removed the recording devices from the mikvah dressing room at the end of each day he used them, the prosecutor’s memo said.

When Freundel was arrested, investigators seized materials from his home including five desktop computers, seven laptops, six external hard drives, 20 memory cards, 11 flash drives, and an instruction manual for a recording device disguised as a fan. Additional equipment was seized from Freundel’s office at Towson University in Maryland, where he taught ethics and religion.

Each count of voyeurism carries a potential penalty of one year in prison and a fine of $1,000 to $2,500, or both. In their memo, prosecutors argue for a 17-year prison sentence for Freundel, noting the harm he caused his victims and the destructive consequences to their faith in rabbinic leadership, the importance of mikvah and religious observance.

In addition to occupying a prominent pulpit at a synagogue frequented by such figures as former U.S. Sen. Joseph Lieberman, and writer and cultural critic Leon Wieseltier, Freundel had been a prolific author and scholar of Jewish law and led Washington’s Orthodox conversion court. As a conversion supervisor and mentor, Freundel instructed many women to engage in “practice dunks” at the mikvah – an unheard-of practice in Orthodox Judaism but one that provided him with ample opportunities to record them undressing.

“As many victims note, it was difficult if not impossible to say no to the rabbi in charge of their conversions,” the prosecution’s memo says. “Many of the victims now feel isolated from their faith entirely, including other religious leaders, as a result of the defendants’ actions.”

In arguing for a more lenient sentence, the defense memo points out that six of Freundel’s victims have written unsolicited letters of support, and that Freundel has resumed some rabbinic teaching – leading classes by phone on Sundays and Tuesdays, and convening a small Torah study group on Shabbat.

Freundel also has sought medical counseling to ensure that he never again engages in such conduct, according to the memo.

The defense notes that Freundel never disseminated or sought to distribute the videos, and that women were not filmed immersing in the mikvah itself.

Its memo also devotes considerable attention to Freundel’s accomplishments as a scholar, including a citation of a positive review by author Herman Wouk of one of Freundel’s books on Jewish prayer.

“There is no need for the Court to incarcerate Rabbi Freundel in order to punish him,” the defense memo says. “He has been publicly humiliated, forced to leave his office as a rabbi, and is now a convicted man.”