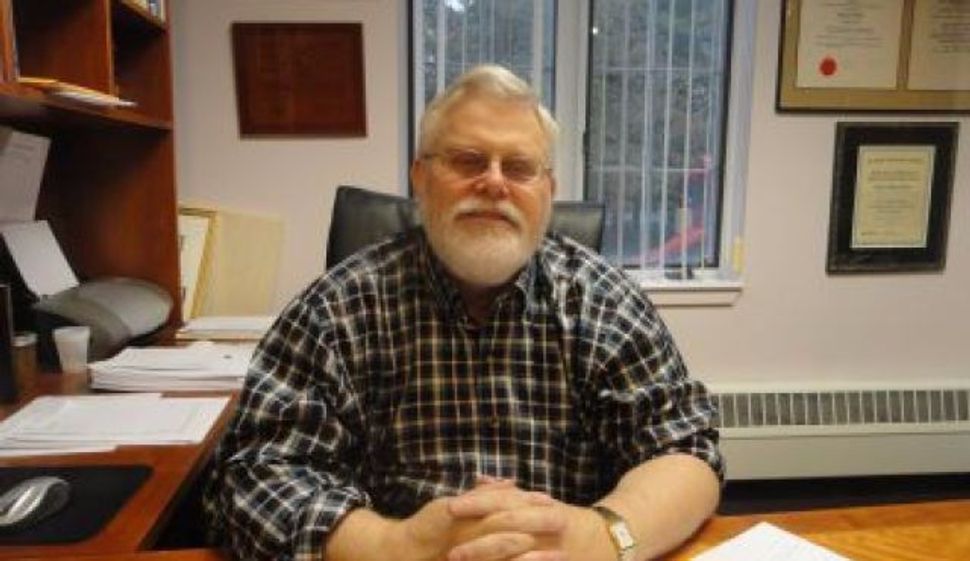 A prominent Boston rabbi was indicted for embezzlement and larceny for stealing money from his temple to pay off a man who was blackmailing the rabbi for his supposed affair with a teenage male.

Rabbi Barry Starr, who resigned a year ago from Temple Israel, a Conservative synagogue in Sharon, Massachusetts, allegedly became entangled in the scheme when he answered his door wearing a women’s dress after soliciting a man online, the Boston Globe reported.

The indictment of Starr was unsealed on Tuesday in Norfolk Superior Court.

Starr was not in the courtroom to hear the indictment and reportedly no longer lives in the Boston area. He will be summoned to the court for an arraignment, according to the newspaper.

Also on Tuesday in the same court, Nicholas Zemeitus, 30, pleaded not guilty to seven counts of larceny over $250, two counts of receiving stolen property over $250, one count of larceny under $250, and one count of extortion, the Boston Globe reported, citing the office of Norfolk District Attorney Michael W. Morrissey.

Zemeitus, of suburban Boston, was arrested and charged on Monday, the Boston Globe reported. He had threatened to expose the affair between Starr and the teen unless he was paid by Starr.

Starr, 65, allegedly paid nearly half a million dollars — taken from synagogue funds and borrowed from his congregants — to hide his two-year affair with the 16-year-old. Much of the money came from the rabbi’s discretionary fund, including checks altered by the rabbi. Starr also borrowed thousands of dollars from an elderly congregant, a Holocaust survivor.

Zemeitus claimed to be the older brother of the teen, who was 18 when the affair ended.

No evidence has been presented that Starr had a relationship with a teenage boy, the Globe reported, citing court documents made available Tuesday.

Zemeitus said he met the rabbi on Craigslist, according to the Globe, citing court documents. He met Starr at his home after an exchange of emails.

It is still unclear if Zemeitus is related to the teen, though he claimed to have copies of emails exchanged between the rabbi and the teen, as well as photographs of them together. The affair started three years ago and ended about a year ago.

Starr, a married father of two, is credited with expanding the congregation he served for 28 years to over 600 families. He has served on the Rabbinic Cabinet of the Jewish Theological Seminary and as president of the Massachusetts Board of Rabbis, as well as the region’s Rabbinical Assembly.