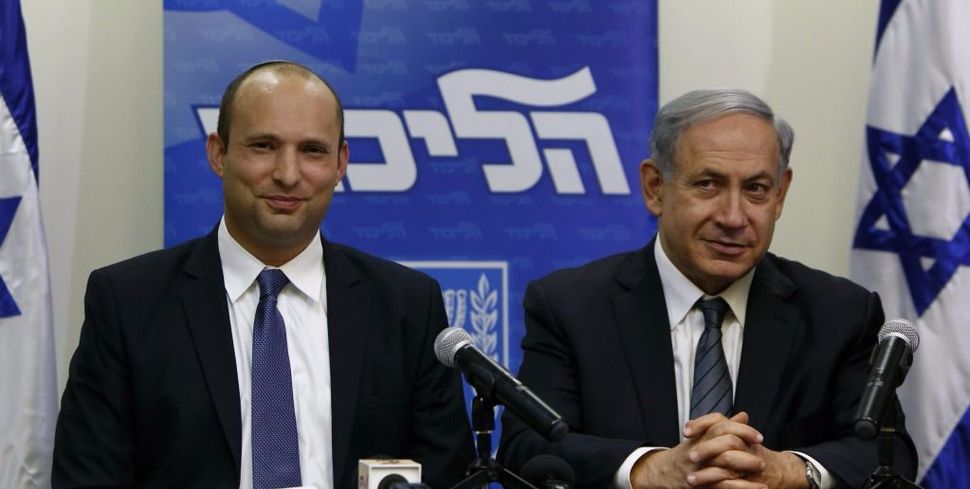 Israeli Prime Minister Benjamin Netanyahu’s emerging government scraped by its first parliamentary test on Wednesday, paving the way for the new cabinet to be sworn in after two months of difficult coalition building.

By a narrow 61-59 vote, parliament ratified a legislative amendment allowing Netanyahu to increase the number of ministers he can appoint to his cabinet, enabling him to meet demands from his own Likud party and other coalition partners.

His conservative Likud will head a coalition comprising the far-right Jewish Home party, the ultra-Orthodox United Torah Judaism and Shas factions, and Kulanu, a centrist movement led by a former Likud legislator.

Netanyahu’s razor-thin, one-seat majority in the Knesset may make his government – to be sworn in on Thursday – shaky and leave him vulnerable to policy demands from even his most junior partners, extending a long tradition of instability in Israeli politics.

The guidelines of the right-leaning government, released on Wednesday, made no mention of a two-state solution to the Israeli-Palestinian conflict – the foundation of U.S.-led peace efforts, which collapsed in April last year.

In its policy paper, the new coalition pledges in general terms to “advance the diplomatic process and strive for a peace agreement with the Palestinians and all our neighbors.”

The policy parameters of Netanyahu’s previous administration also contained no pledge of support for a future Palestine. However, in 2009 he spelled out his vision for a demilitarized Palestinian nation that recognizes Israel as a Jewish state.

On the eve of the March 17 election, Netanyahu raised international concern by saying he would not permit a Palestinian state to be established under his watch.—Reuters

He later backtracked, saying he had never retracted the comments he made in his address six years ago, an explanation that left Washington unmoved.

U.S. President Barack Obama said on Tuesday he has not given up hope for a two-state solution but tensions in the region and “serious questions about overall commitment” have made progress difficult.

“We look to the new Israeli government and the Palestinians to demonstrate – through policies and actions – a genuine commitment to a two-state solution,” Obama told Asharq al-Awsat, a London-based Arabic international newspaper.

Shortly after winning the March ballot, Netanyahu appeared to be coasting toward a comfortable governing majority comprising 67 seats in the 120-member parliament, and he voiced confidence he would be able to form one quickly.