Will Vatican Move on Palestine Lead to Europe Recognition? 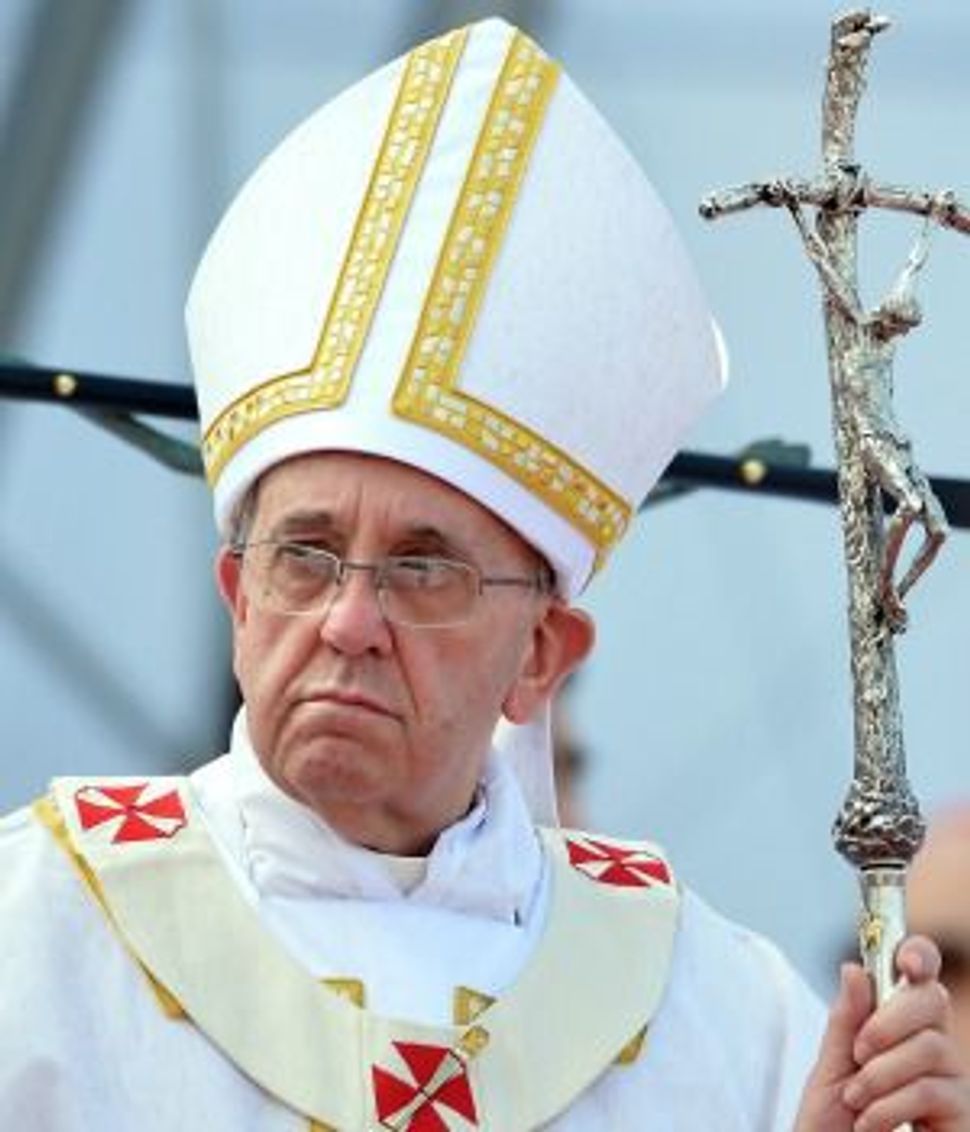 (Reuters) — The Vatican’s decision to recognize the state of Palestine in a treaty for the first time has drawn a stern response from Israel, but it may usher in a freer debate in Europe about how to proceed on the vexed Palestinian question.

The Holy See has referred to Palestine since 2012, but the treaty concluded on Wednesday, which covers the Church’s activities in areas controlled by the Palestinian Authority, marks a more formal recognition, which Vatican officials said they hoped would benefit Israeli-Palestinian ties in time.

An Israeli foreign ministry official described the Vatican’s move as a “disappointment” and indicated that it may lead to reprisals, although he did not say of what kind.

“This does not promote the peace process and a Palestinian return to negotiations,” the official said. “Israel will study the agreement and consider its next steps accordingly.”

The Vatican, increasingly proactive in foreign policy under Pope Francis, is far from the only state to have recognized Palestine — 135 members of the United Nations already do so, nearly 70 percent of the total. By comparison, 160 of the UN’s 193 members recognize Israel.

Last October, Sweden became the first major European country to acknowledge Palestine, a decision that drew condemnation from Israel and has since led to tense relations between the two.

The European Union as a whole does not recognize Palestine, taking the same view as the United States that an independent country can emerge only via negotiations with Israel, not through a process of unilateral recognition.

But with the last talks between Israel and the Palestinians having broken down more than a year ago, and Prime Minister Benjamin Netanyahu having pledged the day before his reelection in March that there would be no Palestinian state on his watch, diplomats are wondering what options they have left.

Last year, an EU foreign minister visiting the region asked during closed-door meetings whether it wasn’t time to drop the goal of a two-state solution — the bedrock of peace negotiations since the mid-1970s — and consider alternatives.

They could include the unilateral recognition of Palestine by the EU as a whole or member states, which might spur Israel into tackling issues long unresolved with the Palestinians.

Another option, favored by some high-profile Israelis, including President Reuven Rivlin, is a one-state solution, which would involve one nation with equal rights for Jews and Arabs living in Israel, Gaza and the West Bank.

While a radical proposal — would it be a Jewish state if more than half the population is Muslim? How would Islamists in Gaza accept it? — it has begun to be mentioned in some corners of Brussels, if only as a way of putting pressure on Israel to think hard about what the future holds.

Ahead of a meeting of EU foreign ministers on Monday, one senior EU diplomat said the time was drawing near when the 28-country bloc might have to acknowledge that a two-state solution cannot be reached.

“Ministers need to have an informed discussion,” the diplomat said. “Part of that is to say: ‘OK, the two-state solution is dead.”

The United States has long been the critical driver of negotiations between Israel and the Palestinians and shows no signs of shifting from the two-state goal.

But the Obama administration has expressed frustration with Netanyahu’s policies, including continued settlement building on land the Palestinians seek for a state.

And after Netanyahu declared there would be no Palestinian state on his watch, citing risks that he linked to the regional spread of Islamist militancy, the White House said it would “reassess” its policy towards Israel.

Netanyahu has since tried to backtrack on his comments, made in the thick of an election campaign he thought he was about to lose, though many European and U.S. diplomats think the pledge he made actually reflects how he thinks.

The Vatican’s move may not spur an immediate shift in Europe. But the Holy See’s deputy foreign minister said he hoped it would encourage the international community “to undertake more decisive action to contribute to a lasting peace and to the hoped-for two-state solution.”

The senior EU diplomat echoed that point, saying it was time for the EU to take a greater leadership role.

“We need proposals to support peace, but also we need to look at what leverage Europe has, what steps Europe could take to exert pressure on Israel,” he said.

Will Vatican Move on Palestine Lead to Europe Recognition?