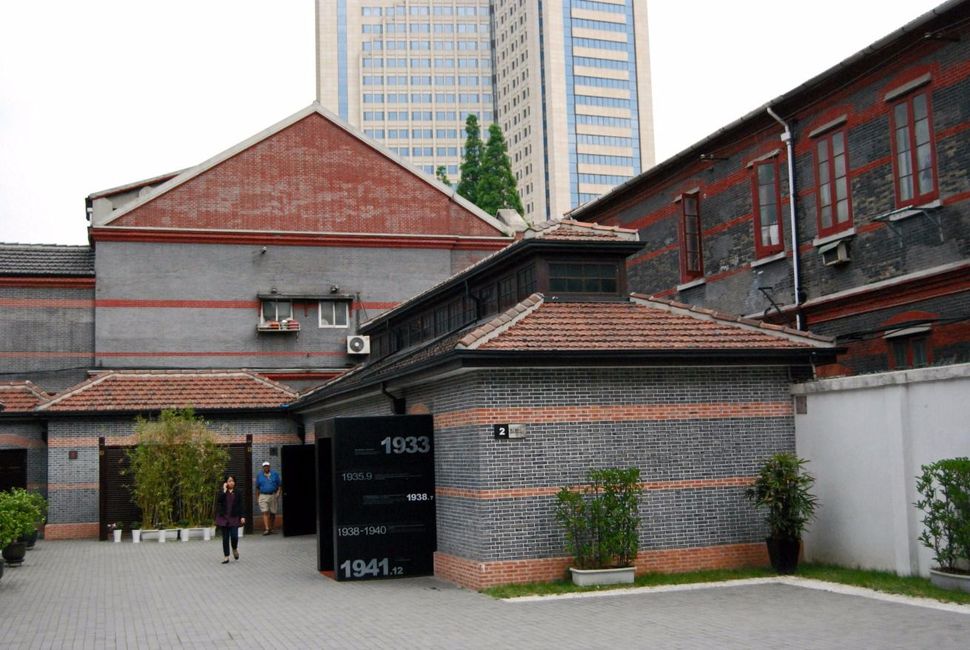 The newly-established Reform Jewish community of Shanghai, China, will receive its first Torah scroll from a sister congregation in Brazil.

The donation of the scroll by ARI, Rio de Janeiro’s Progressive congregation, to the Kehilat Shanghai community was announced at a ceremony Wednesday in Rio de Janeiro, where 300 delegates are attending at the World Union of Progressive Judaism’s biannual meeting.

The donation “is a big step that gives us the means and the responsibility to promote out active community in all aspects,” Arie Schreier, president of the Chinese community, said, according to a report on the ceremony on the website of CONIB, the umbrella group representing Brazilian Jewish communities.

Kehilat Shanghai, which has a few dozen members, including Jewish business people living in Shanghai and their families, was established in 2011 and last year accepted into the union, which has 1,200 affiliated communities in 45 countries. Of those, 20 countries were represented at the conference.

The Rio Connections 2015 event, a four-day conference which opened Wednesday, is the first WUPJ biennial in Latin America and the first time the biennial is including the Shanghai community, according to Miriam Kramer of Britain, who is a WUPJ board member and the chairwoman of the union’s European branch.

“They may not be in Europe or North America, but the Progressive communities of Latin America, Asia and elsewhere are by no means out of the way,” she said.

Brazil’s Reform congregations were established in the 1930s and 40s by German and other European Reform Jews who fled from Europe because of the rise of fascism. Currently, Brazil has eight communities affiliated with WUPJ.