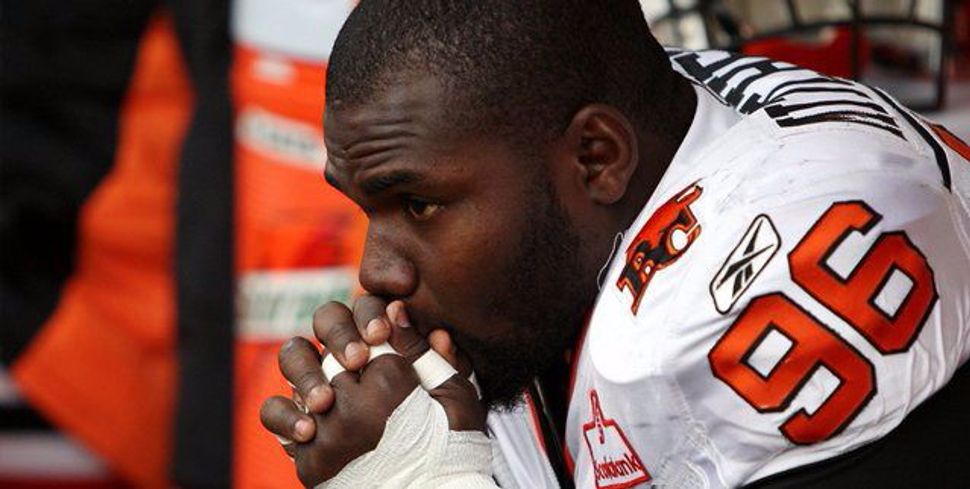 Image by Courtesy of CFL

He also received the “maximum allowable” fine from his team, which signed him to a three-year contract in February.

Mitchell, 30, tweeted a link to a 2015 YouTube video called, “The Greatest Lie Ever Told — The Holocaust,” and has posted or retweeted material on ISIS.

The CFL took the action after being alerted by B’nai Brith Canada. In a statement, the Centre for Israel and Jewish Affairs also deplored Mitchell’s “hateful messages.”

Mitchell has since said he believed the Holocaust did happen.