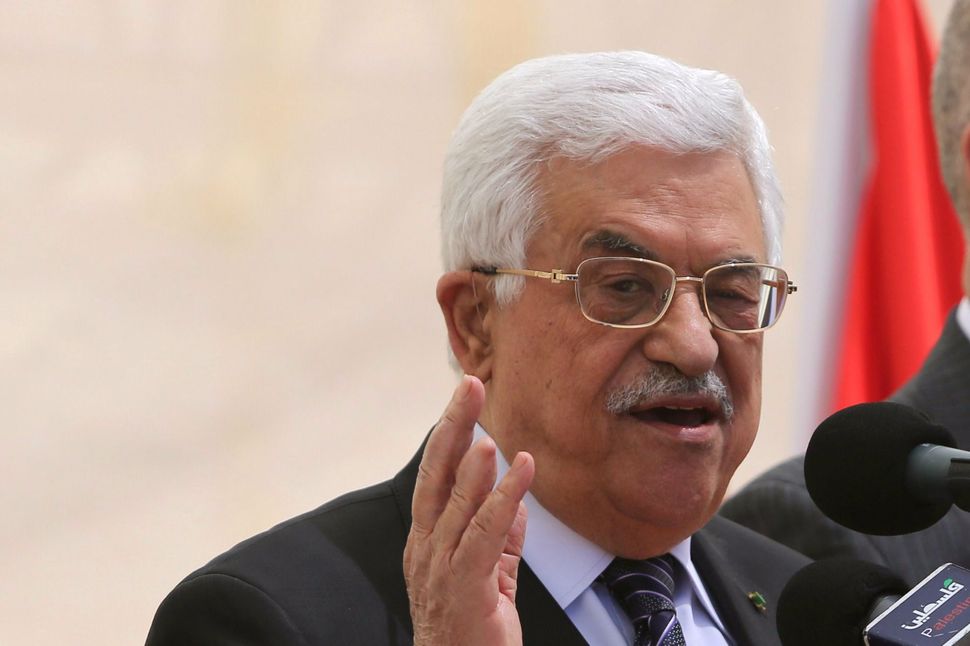 Pope Francis met Palestinian President Mahmoud Abbas on Saturday, calling him “an angel of peace,” days after the Vatican announced a treaty that formalized its recognition of the State of Palestine.

The two met for around 20 minutes in the Vatican and are due to meet again on Sunday at a ceremony to canonize two Palestinian saints.

On Wednesday, the Vatican announced it would shortly sign an agreement with the State of Palestine on issues including the status of the Catholic Church in Palestine.

It was the first formal bilateral treaty between the two and confirmed the Holy See’s de facto recognition of the Palestinian state since it was granted the status of a non-member observer state in the United Nations in 2012.

In a statement, the Vatican said Pope Francis and Abbas had spoken about the peace process with Israel and had expressed the hope that direct contacts between Israel and the Palestinians could resume soon.

The two will meet again on Sunday at the ceremony in Saint Peter’s square for the canonisation of Marie Alphonsine Ghattas, founder of the first Catholic congregation in Palestine, and Mariam Baouardy Haddad, who established a Carmelite convent in Bethlehem.