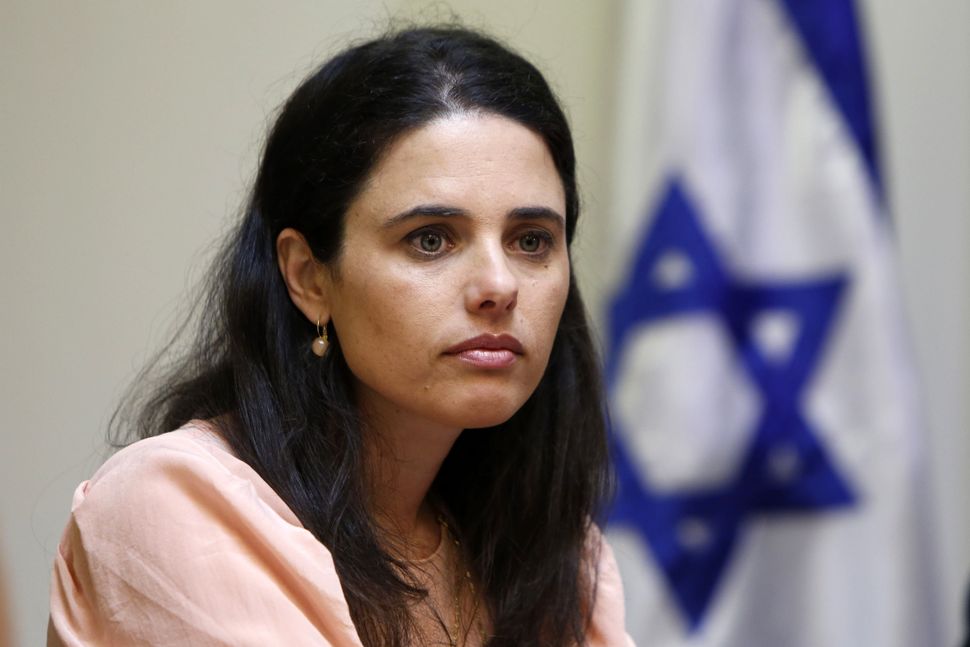 The appointment of Ayelet Shaked, of the far-right Jewish Home party, as justice minister has caused a stir in Israel and abroad over her party’s judicial policies, which opponents say will harm democracy.

In her inaugural speech, Shaked sought to play down those concerns, pledging to preserve the status of the court that has been hailed by Israel’s president as an important defender of minority rights in a country with no formal constitution.

“The justice system is a foundation of our existence as a democratic society, I will not be the one to soften its bite,” Shaked said.

“But I will also not allow it to eat away at the legal authority of the legislative and executive branches. We must find the formula for the right balance between the branches.”

The Supreme Court’s judicial review of legislation, and instances in recent years in which it has struck down new laws, have angered right-wing and religious parties.

Since entering parliament in 2013, Shaked, a 39-year-old former software engineer, has backed a number of controversial bills that would have an impact on the court’s powers.

One bill proposed by Prime Minister Benjamin Netanyahu’s right-wing Likud and Jewish Home would make it easier for parliament to override judicial quashing of a law.

Another seeks to limit the court’s ability to throw out laws by requiring such decisions be considered by its full 15-justice bench.

But the new government’s one-seat majority in parliament, and the opposition of a centrist partner in Netanyahu’s coalition to legislation seen as weakening the court, could limit Shaked’s ability to affect sweeping changes.

“She (Shaked) has no majority,” Yossi Beilin, a former Justice Minister from the left-wing Labor Party, told Army Radio. “My concern that she could take the Israeli justice system back to dark days exists, but it is minor.”

Shaked also backs legislation that would enshrine Israel as a Jewish nation-state, to the anger of Israel’s 20 percent Arab minority and wants to restrict donations from foreign governments to non-governmental organizations in Israel.

Members of Likud and Jewish Home also want to add more legislators to a judge-selection panel, a move critics say could politicize the bench.

But senior Likud member, Zeev Elkin, who supports that step, said it was unlikely to move forward. “It’s not on the agenda in this coalition,” he told Army Radio on Thursday.