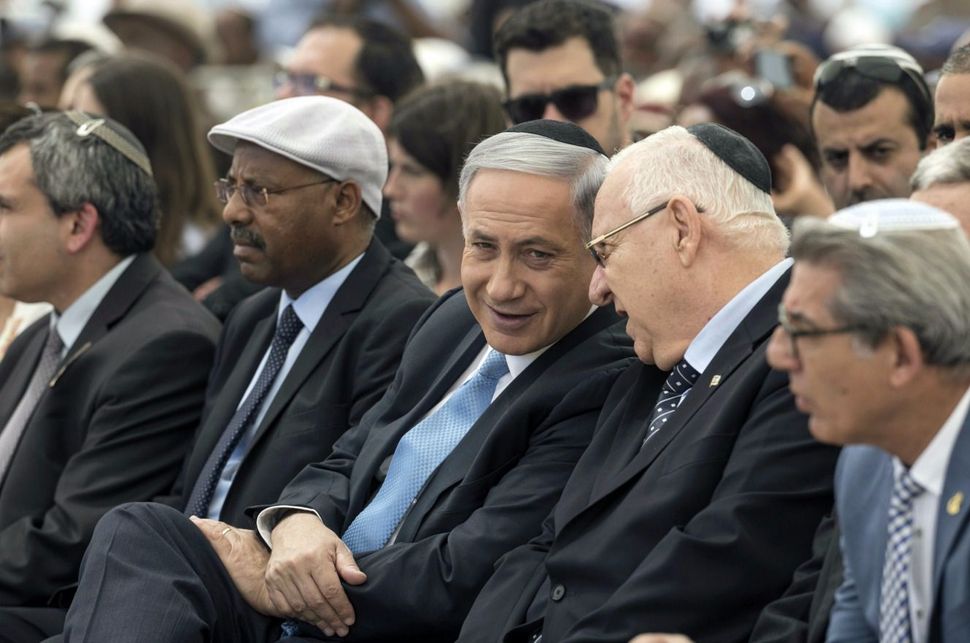 Israel has erred in its treatment of Ethiopian immigrants, Israeli President Reuven Rivlin said at a state ceremony in memory of the Ethiopian Jews who died on their way to Israel.

Sunday’s Mount Herzl ceremony, which takes place annually on Jerusalem Day, commemorates the 4,000 Ethiopian Jews who died on the way as they walked from their birthplace through Sudan toward Jerusalem.

Rivlin referred to the anti-racist protests by the Ethiopian-Israeli community in recent weeks, stressing the need to repair the damage and to create equal opportunities in all areas.

“In recent weeks we have all seen and heard the cries and pain of Israelis of Ethiopian origin. The protesters uncovered an open wound, alive and bleeding within Israeli society. We heard a wounded community who voiced their heartfelt cries of feelings of discrimination, racism, insult and lack of response,” Rivlin said.

“Israeli society has erred in way of integrating and treating the Ethiopian community along the years. We didn’t see, we didn’t act correctly, we didn’t listen enough but along with that realization and criticism, we are obligated in believing that we have the power to change this,” he said.

Israeli Prime Minister Benjamin Netanyahu spoke at the ceremony about a meeting he held two weeks ago with Ethiopian Israelis to form a special committee to address the problems of their community.

“I heard complaints about racism, prejudice, discrimination, and the use of excess force. I heard concerns about walking down the street because of the color of your skin. I cannot accept this, not in our country, not in the Jewish state,” Netanyahu said.