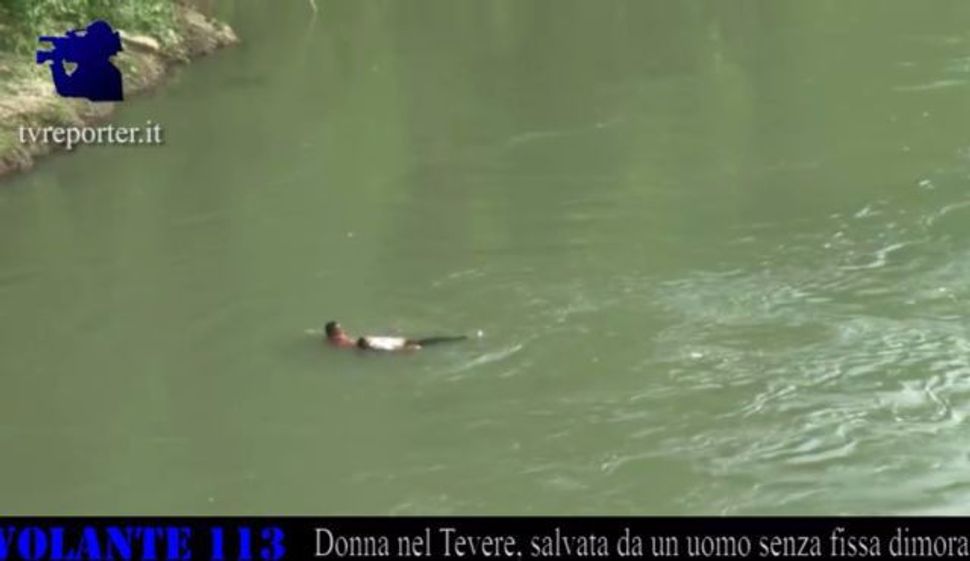 A Muslim immigrant from Bangladesh was hailed as a hero and given a permit to live in Rome for the next year after he plucked a suicidal Israeli woman out of a river.

Sobuj Khalifa, an illegal immigrant from Bangladesh, saw a body floating in the Tiber River last week. The 32-year-old Muslim man, who was a fisherman in his home country, jumped into the water and pulled the Jewish woman to safety, according to newspaper reports. The rescue was caught on video.

Khalifa had been living under a bridge along the river.

Khalifa arrived in Italy in 2008 with a permit to work, but the permit expired years ago. He has reportedly has been homeless for the last four years.

The Israeli woman, 55, reportedly was trying to commit suicide.

Riccardo Pacifici, the head of Rome’s Jewish community, told Haaretz that the city’s Jews want to thank Khalifa for his bravery and are working to find him a job and housing.