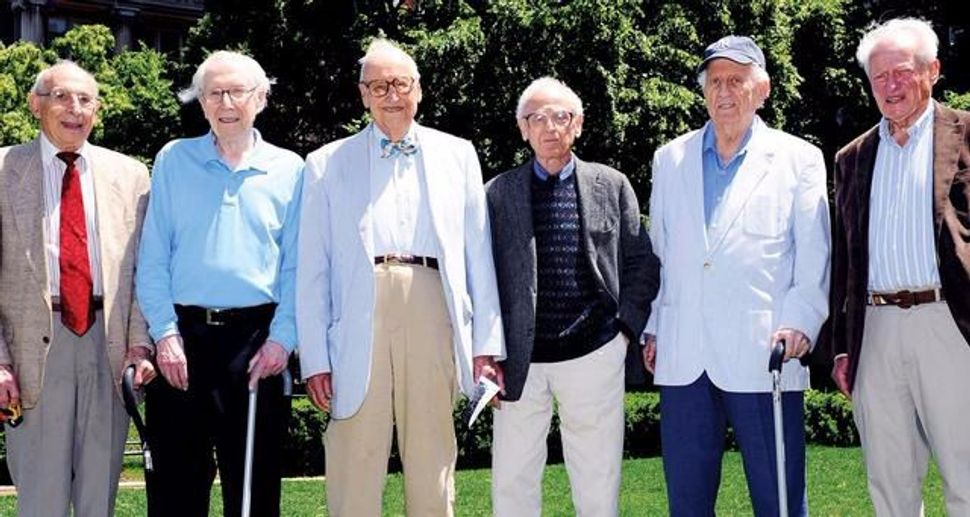 Gene Sosin, left, poses with fellow members of his college class at Columbia. Image by Courtesy of Columbia University

Gene Sosin, a former director of broadcasting for Radio Liberty, has died.

Sosin died earlier this month at his home in White Plains, New York. He was 93.

He spent 33 years at Radio Liberty serving in various posts. Sosin also was a writer, lecturer and specialist in Soviet affairs. 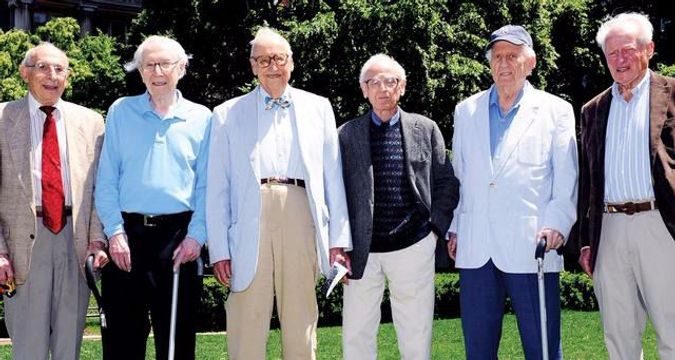 Gene Sosin, left, poses with fellow members of his college class at Columbia. Image by Courtesy of Columbia University

Sosin earned an undergraduate degree from Columbia University in New York, which he entered as a freshman at the age of 16, before joining the U.S. Navy in 1942. He spent his World War II service in Washington, D.C., with a a top-secret communications unit serving as a codebreaker and translator of Japanese.

After his discharge, Sosin wrote news and features for the Voice of America and returned to Columbia, where he earned his master’s degree and a doctorate.

In 1950, he and his wife, Gloria, participated in the Harvard Refugee Interview Project in Munich, in the American occupied zone of Germany, interviewing displaced persons from the Soviet Union who remained in the West after World War II.

Sosin was a former member of the JTA board of directors. He was elected in 1979.

He is survived by his wife of 64 years, two children and two grandchildren.