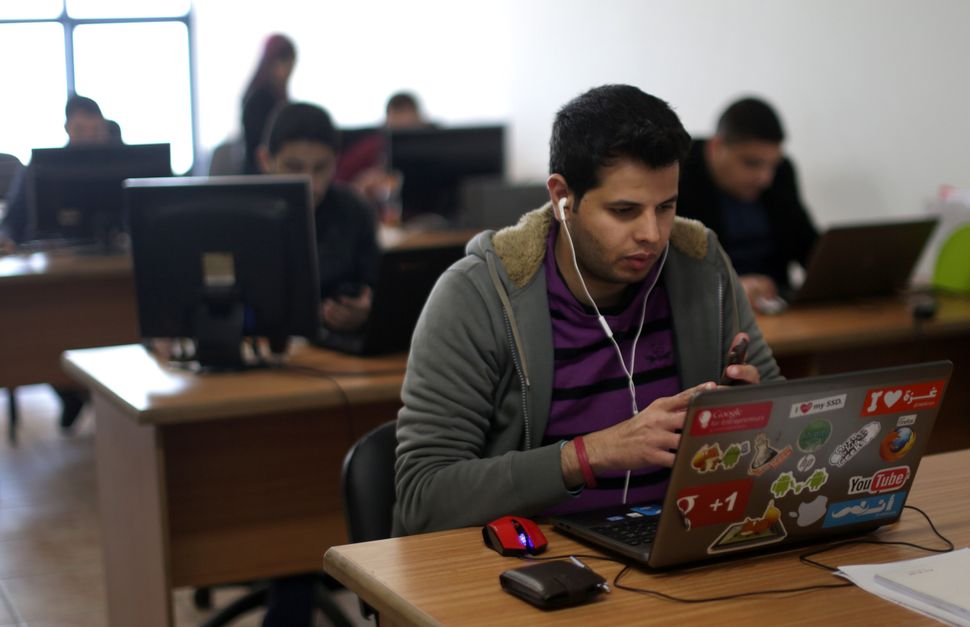 (Reuters) — With jobs scarce and time on their hands, some tech-savvy Gazans have found a new way to make money – hacking Internet-based phone lines and routing international calls for a fee.

Voice Over Internet Protocol (VoIP) hacking has been a phenomenon for years. But now Gaza, sealed off by a blockade imposed by Israel and Egypt, is getting in on the act by using the strongest link it has to the outside world – the Internet.

There are various ways of hacking VoIP networks, but people familiar with the practice in Gaza say it involves using dedicated servers to scoop up as many telephone IP addresses as possible, especially from big corporations and businesses.

Then follows a time-consuming process of testing possible username and password combinations against the addresses. Since people often do not change their default credentials, it’s only a matter of time before many of these accounts are compromised. At that point the line, and any credit attached to it, is under the hackers’ control.

The hackers’ then sell the access to a third party – sometimes a legitimate business, sometimes another VoIP squatter – and get paid by electronic transfer.

For those doing it in Gaza, a strip of land 40 km long and 10 km wide, where 1.8 million people live, it’s a chance to use their technical skills to earn cash at a time when jobs are few and unemployment hovers at 50 percent.

“What can we do? Die or find a way to live?” one 25-year-old hacker, working out of a house in southern Gaza, told Reuters. He and others requested anonymity.

A successful hacker can do well. Some are said to earn up to $50,000 a month if they manage to get hold of good lines, although they can also go weeks without earning anything.

The 25-year-old said his aim was to make enough to be able to get married “like all other friends my age,” and side-stepped questions about the legality of his activities.

“Maybe you can call this stealing, but those companies abroad have insurance,” he said.

VoIP fraud is a big business. The Communications Fraud Control Association, a U.S.-based industry body, listed it as one of the top five methods of fraud, with losses of $3.62 billion in 2013, the latest available data.

Gaza-based lawyer Mustafa Totah told Reuters it was hard to crack down on the activity because no specific complaints were being made, a point echoed by local police.

In fact, Gaza’s isolation may be the hackers’ best protection. In other cases, perpetrators have been arrested when they entered a country where their ill-gotten IP addresses were being sold on or used. But since few people can easily move in and out of Gaza, the chances of that happening are slim.