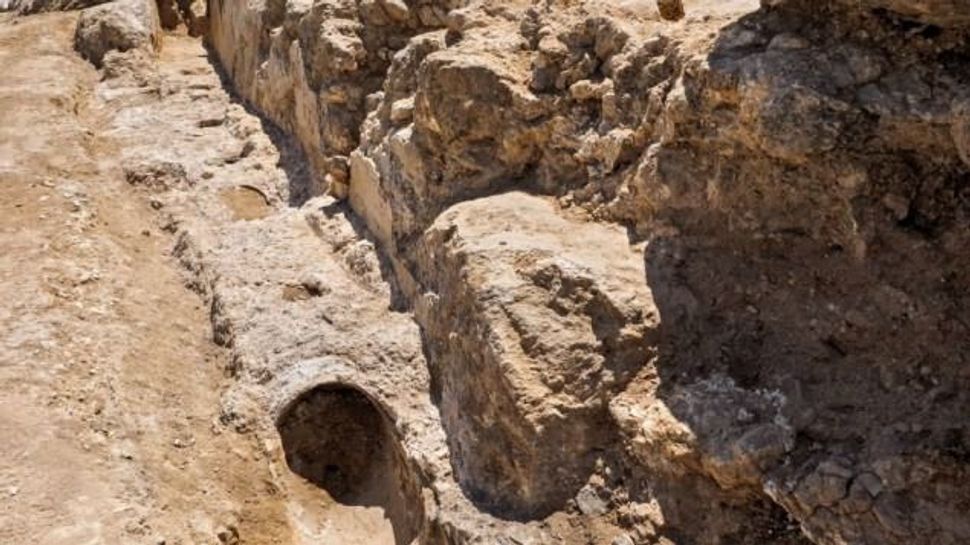 A section of Jerusalem’s lower aqueduct, which brought water to the city more than 2,000 years ago, was uncovered during sewer work.

The aqueduct, which was excavated by the Israel Antiquities Authority, was found in the Umm Tuba neighborhood, near Har Homa. It begins near Solomon’s Pools south of Bethlehem and continues for about 13 miles, running through several Jerusalem neighborhoods.

In a statement released Thursday, the antiquities authority said the aqueduct operated intermittently until 100 years ago.

The water originally traveled through an open channel. About 500 years ago, during the Ottoman period, terra cotta pipe was installed inside the channel to better protect the water, according to excavation director Yaakov Billig.

Billig said the Umm Tuba section of the aqueduct has been documented, studied and covered again to preserve it for future generations.

“Due to its historical and archaeological importance, the Israel Antiquities Authority is taking steps to prevent any damage to the aqueduct, and is working to expose sections of its remains, study them and make them accessible to the general public,” the authority’s statement said.