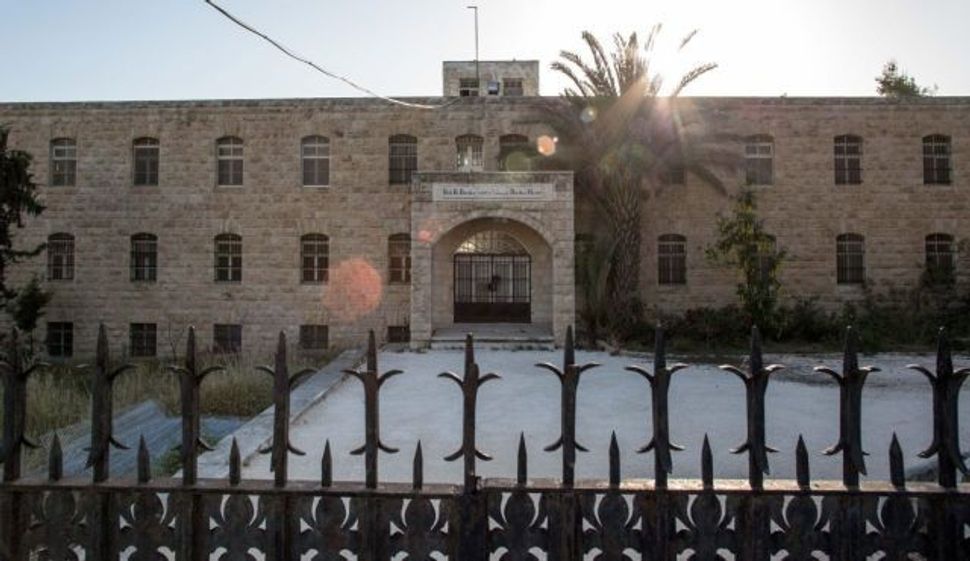 An Israeli settler who claims to have purchased an abandoned church near Hebron is planning to turn it into a Jewish settlement, according to a report.

Right-wing activist Aryeh King bought the church near the Aroub refugee camp between Hebron and Jerusalem three years ago, and in recent weeks began refurbishing it ahead of establishing a new settlement outpost at the site, according to the report Friday in Haaretz.

The compound is being refurbished and can house 20 families. A new fence has been built despite a stop-work injunction by the Civil Administration, which cited the lack of a building permit for the fence. No building permit is needed for the refurbishing because the buildings, which abut Route 60, were constructed in the late 1940s.

The report did not say when King was planning on having settlers move into the compound, which has only one other Jewish settlement in its immediate proximity.

The report also suggested King’s ownership of the property may not be settled; it quoted a source in the Gush Etzion Regional Council as saying that the property “is owned by the Swedish church and belongs to them; it doesn’t belong to us.” Haaretz said King declined to comment. Populating the compound would enable the settler movement to consolidate its hold on the southern part of the Etzion Bloc, the report by Haaretz said.

The site includes eight buildings, including a large central structure and several smaller ones. Twenty years ago the Presbyterian church was turned into a hostel, but the business venture failed and the site was abandoned and left in ruins.

The compound was built by Thomas Lambie, an American missionary who worked in Ethiopia before coming to Palestine in 1947. He established a hospital for tuberculosis patients at the site, where he was buried after his death in 1954.