Sheldon Adelson Graft Suit To Be Heard in U.S. Court 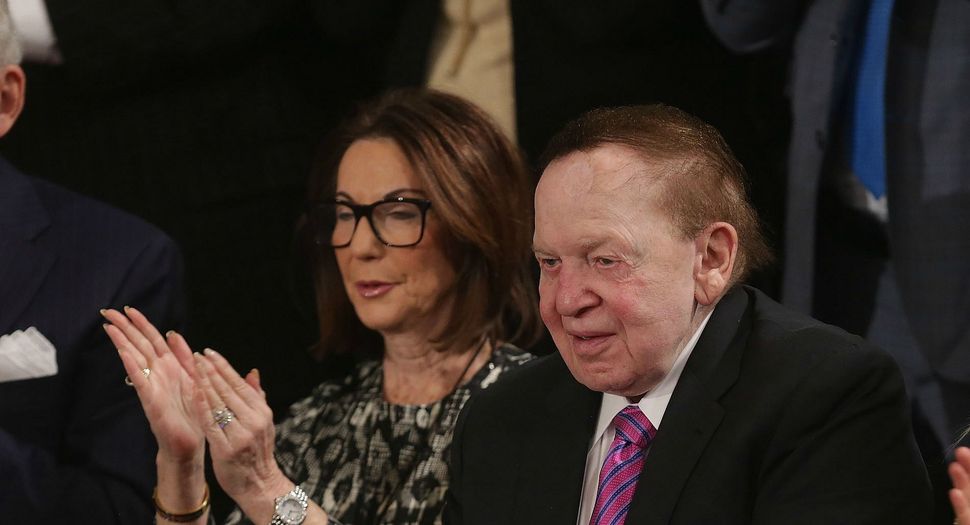 A lawsuit against billionaire casino magnate Sheldon Adelson, which could lead to the revocation of his gambling license, will be heard in the United States.

A Las Vegas judge on Friday ruled that the lawsuit filed by Steven Jacobs, the former CEO of Adelson’s casinos in Chinese-administered Macau, will be heard in the U.S. and not in Macau, as the company had requested.

Jacobs’ lawsuit filed in 2010 claims he was fired for attempting to cut the casinos off of activities with organized crime, and to stop paying off Chinese officials for favorable conditions.

Adelson, a major contributor to Republican candidates seen as favorable to Israel, and the owner of the Israeli newspaper Israel Hayom, is chairman and CEO of Sands China, as well as the Las Vegas Sands conglomerate. He said during his testimony in Clark County District Court that during 2009 and 2010, the years covered in the lawsuit, he did not control day-to-day operations in China since he was based in the United States. Adelson also said that Jacobs was fired for incompetence.

The judge found that Adelson made all decisions for the Sands China and, therefore, the case could remain in Nevada, according to the Associated Press.

Sheldon Adelson Graft Suit To Be Heard in U.S. Court