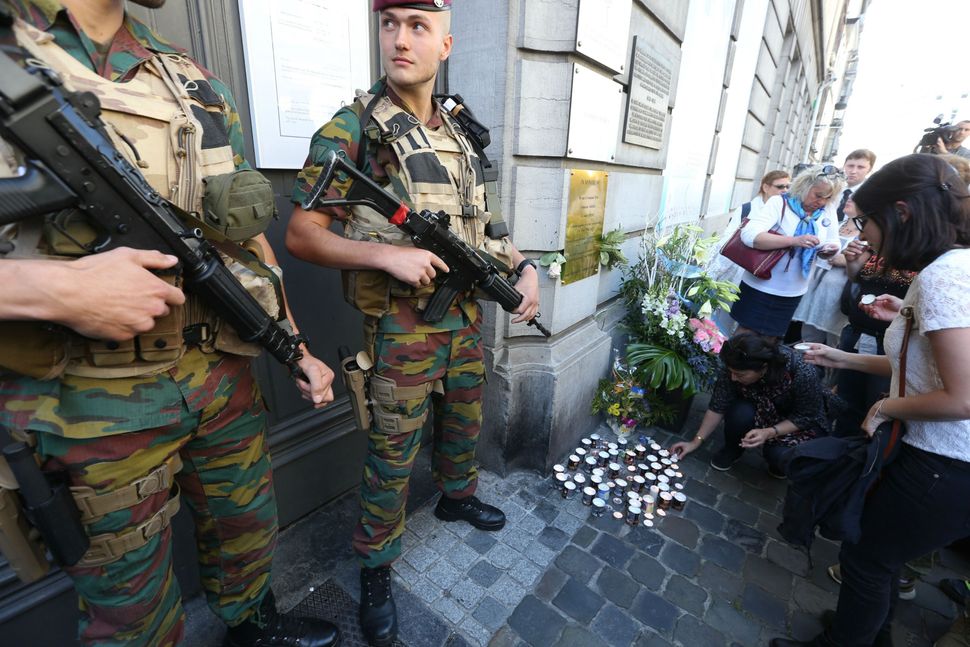 Hundreds of people gathered in front of the Brussels Jewish Museum a year after four people were killed in an attack allegedly carried out by a Muslim extremist.

Sunday’s memorial, organized by the Coordination Committee of Belgian Jewish Organizations, was attended by Belgian Prime minister Charles Michel, Brussels Mayor Yvan Mayeur and other national and local politicians, according to reports.

“Brussels is Jewish because all Jews have their place in Brussels,” Mayeur said during the memorial. “A year later we must maintain a sense of indignation and anger against this violent act. It was a terrorist and anti-Semitic act which is unacceptable for us, especially in a city like Brussels which is an open and cosmopolitan city where 160 nationalities live together.”

Two Israeli tourists, a French volunteer at the museum and a Belgian employee were killed in the May 24 attack on the Jewish Museum of Belgium. The museum reopened four months later amid heavy security,

Belgian authorities are holding two men they say are responsible for the murders: 30-year-old Mehdi Nemmouche, a French national who is believed to have fought in Syria and who is standing trial for pulling the trigger, and Nacer Bendrer, 26, who is believed to have helped Nemmouche plan the attacks. They both deny their involvement. A third individual suspected of complicity is wanted for questioning.

“Unfortunately, Europe and Belgium have entered a new era where radicalism and terrorism are threatening the security of citizens. Zero risk as such is a thing that will never exist unfortunately and we are aware of that, but it is possible to take measures to reinforce security and that is what we have been undertaking,” Michel said in his remarks.

Participants in the memorial lit candles and left flowers near the museum entrance.

Another memorial ceremony organized by the museum is scheduled for next week at Brussels’ Grand Synagogue.