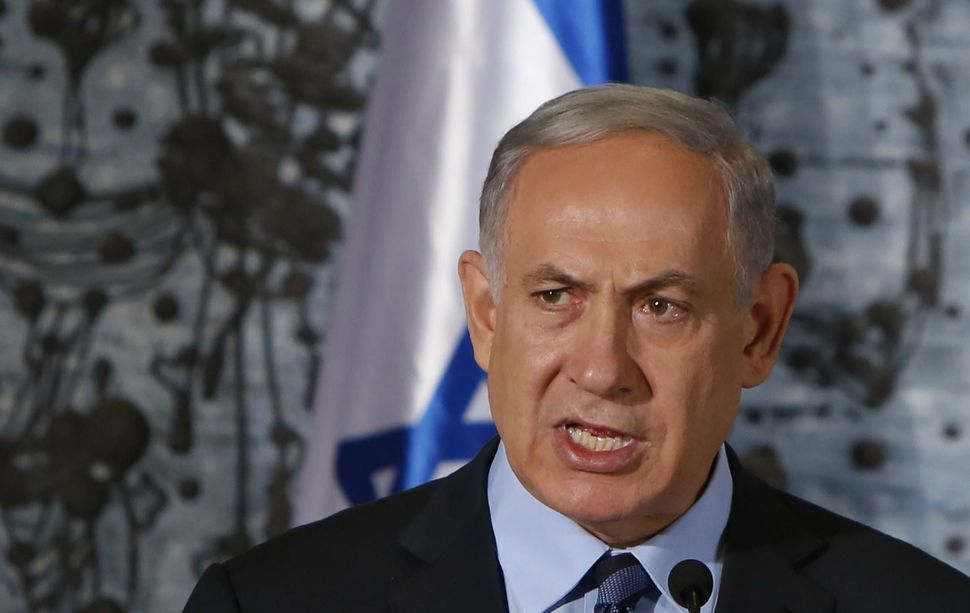 Prime Minister Benjamin Netanyahu has proposed resuming peace negotiations with the Palestinians but with the initial focus on identifying those Jewish settlements that Israel would keep and be allowed to expand, an Israeli official said on Tuesday.

Peace talks collapsed in April 2014 over Israeli settlement-building in the occupied West Bank and East Jerusalem, areas Palestinians seek for a state, and after Abbas angered Israel by reaching a unity deal with the Islamist group Hamas in Gaza.

Asked about Netanyahu’s position, a spokesman for Palestinian President Mahmoud Abbas said settlement activity had to stop altogether before peace talks resume and that all core issues of the conflict with Israel needed to be addressed simultaneously.

In a meeting in Jerusalem on Wednesday, Netanyahu told Federica Mogherini, the European Union’s foreign policy chief, that some of the land Israel captured in a 1967 war would remain in its hands while other parts would be left under Palestinian control, the Israeli official said.

“Therefore negotiations should be resumed in order to define those areas in which we can build,” the official said, quoting Netanyahu. The remarks were first reported in the left-wing Israeli newspaper Haaretz.

With the inauguration two weeks ago of his new right-wing government following March elections, Netanyahu faces U.S. and EU calls to re-engage with the Palestinians and also the threat of stronger pressure to curb construction in settlements, which most countries regard as illegal.

Western diplomats have said Netanyahu — who raised international concern by saying on the eve of the election that no Palestinian state would be established on his watch — will now be closely scrutinized over his settlement policy.

An understanding on settlements in peace talks would enable Israel to keep construction going without raising the wrath of its Western allies. It could also appease hardliners in Netanyahu’s government who want to see more construction.

One Western diplomat familiar with what occurred at the meeting with Mogherini said Netanyahu’s proposal showed some change in his position, but not enough to restart peace talks.

“Up until now, Netanyahu has refused to put any maps on the table, so in that respect it was quite substantial. He was talking about borders in one way or another, even if it was based around the acceptance of existing settlement blocs,” the official said.

Another Western diplomat described Netanyahu’s proposal as creating “the illusion of progress.”

“Netanyahu was trying to show that he is committed to peace and ready for negotiations, but he knows the Palestinians would never agree to begin on this basis,” the diplomat said.—Reuters