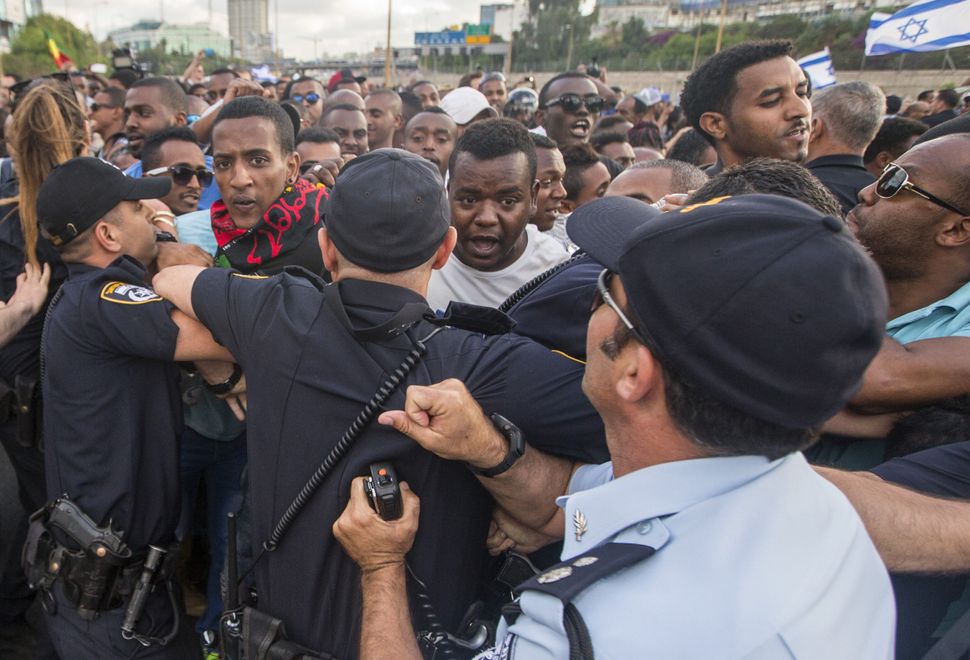 The Ethiopian-Israeli soldier whose beating by police officers sparked violent protests has filed a lawsuit against the Israel Police.

Damas Pakada filed the approximately $100,000 lawsuit on Tuesday with the Tel Aviv Magistrate’s Court, according to reports. The lawsuit accused the police of “institutionalized racism and violence.”

The beating captured on video took place in late April in an empty lot while Pakada was in uniform.

A May 2 demonstration against racism and police brutality which drew thousands of protesters degenerated into violence, which police used anti-riot measures including stun grenades, water cannons and tear gas to halt.

Israeli Prime Minister Benjamin Netanyahu met with Pakada two days later, telling him that: “The police will do whatever it takes to correct itself, but we need to fix Israeli society.”

On May 13, Police Commissioner Yohanan Danino announced that the officer who beat Pakada was dismissed from the force.