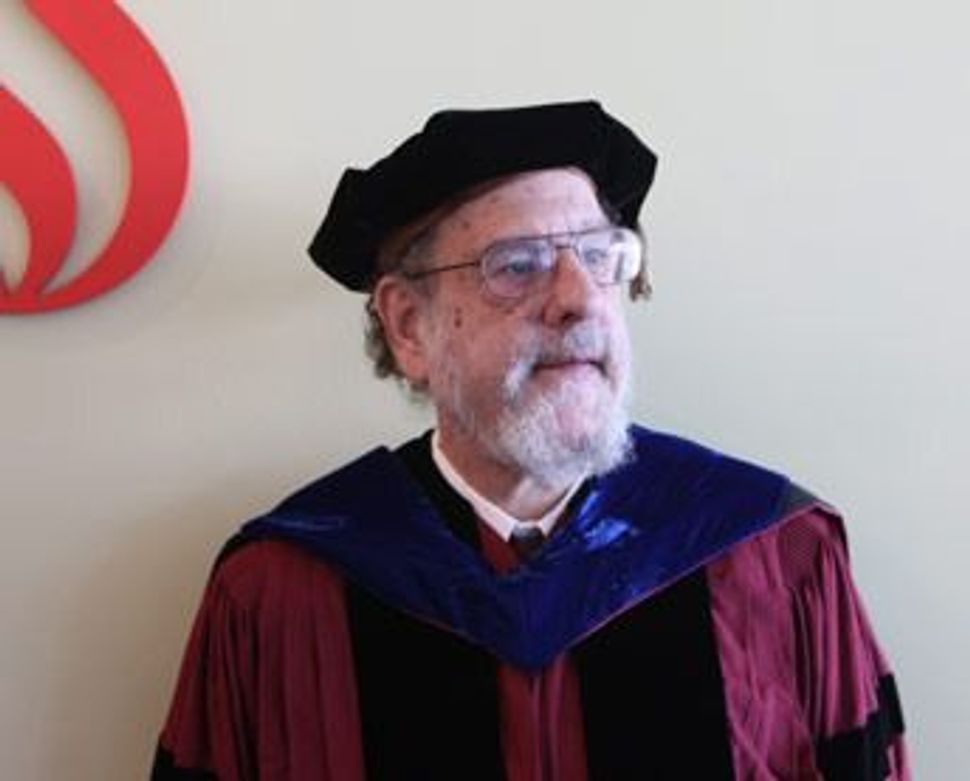 Rabbi Byron Sherwin, a Jewish scholar and ethicist who served on the faculty of Chicago’s Spertus Institute for Jewish Learning and Leadership for more than 40 years, has died.

Sherwin died on May 22 at the age of 69 following a long illness.

He served as Distinguished Service Professor and Director of Doctoral Programs at the Spertus Institute and had been on its faculty since 1970. Sherwin, who graduated from Columbia University, earned his doctorate in the History of Culture from the University of Chicago. He was ordained at the Jewish Theological Seminary of America, where he studied under Rabbi Abraham Joshua Heschel.

Sherwin studied Jewish philosophy, mysticism and Jewish ethics; was involved in inter-religious dialogue and was the author of dozens of books and articles.

“It is difficult to imagine Spertus Institute without Byron Sherwin. Long before he became my colleague at Spertus, Byron was my teacher. He challenged his students to traverse the bridge between theory and practice, demanding that they bring scholarly sensibilities to their communal work, and realpolitik to their scholarship.” Spertus President and CEO Hal Lewis said in a statement.