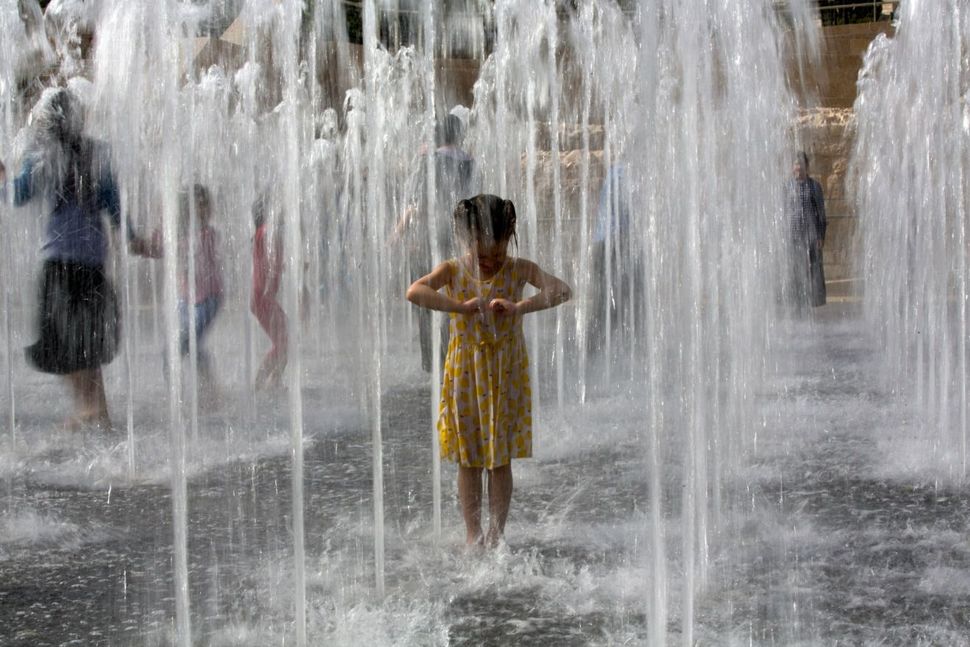 Temperatures reached 102 degrees in Tel Aviv, 104 in Haifa and 98 in Jerusalem on Wednesday. A forest fire broke out near the Jerusalem suburb of Beit Shemesh, requiring the involvement of at least 20 firefighting teams and four aircraft, according to Ynet.

A blaze in the central Israeli town of Tel Mond destroyed homes, and a conflagration near the village of Mabuim in southern Israel forced some residents to evacuate.

The heat wave is expected to break on Thursday, with seasonal averages returning and a further cool-down over the weekend. The forecast high for Tel Aviv on Saturday is 76 degrees.