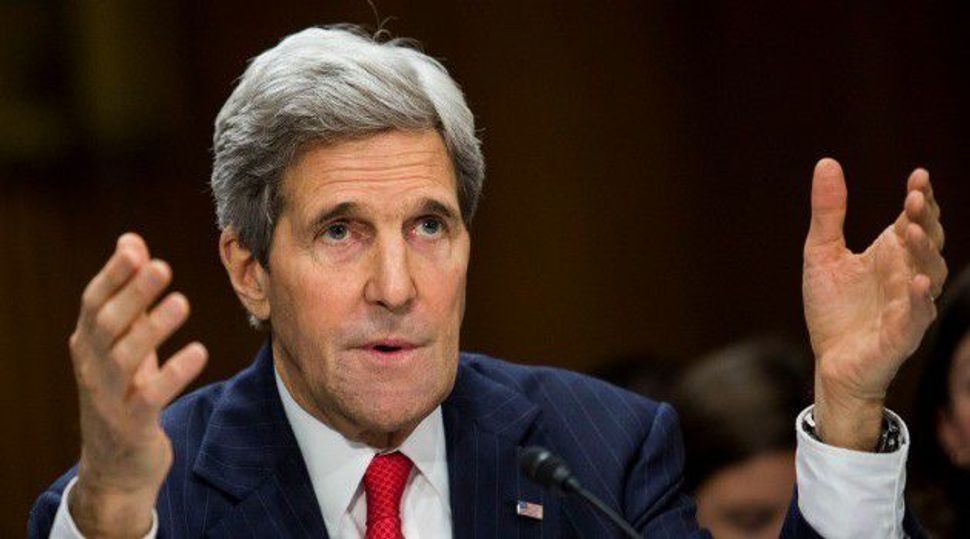 The AJC on Wednesday posted on Twitter its announcement that Kerry would be addressing its June 7-9 Global Forum. Kerry last spoke to the AJC Global Forum in June 2013, when he asked the U.S. Jewish community to back the Israeli-Palestinian peace effort he was about to launch. That effort collapsed within a year.

This year, Kerry will address the AJC weeks before the June 30 deadline for a nuclear deal between the major powers and Iran.

The Israeli government and a number of pro-Israel groups, including the AJC, have expressed concerns that the emerging sanctions relief for nuclear rollback deal is too generous to the Iranian regime.