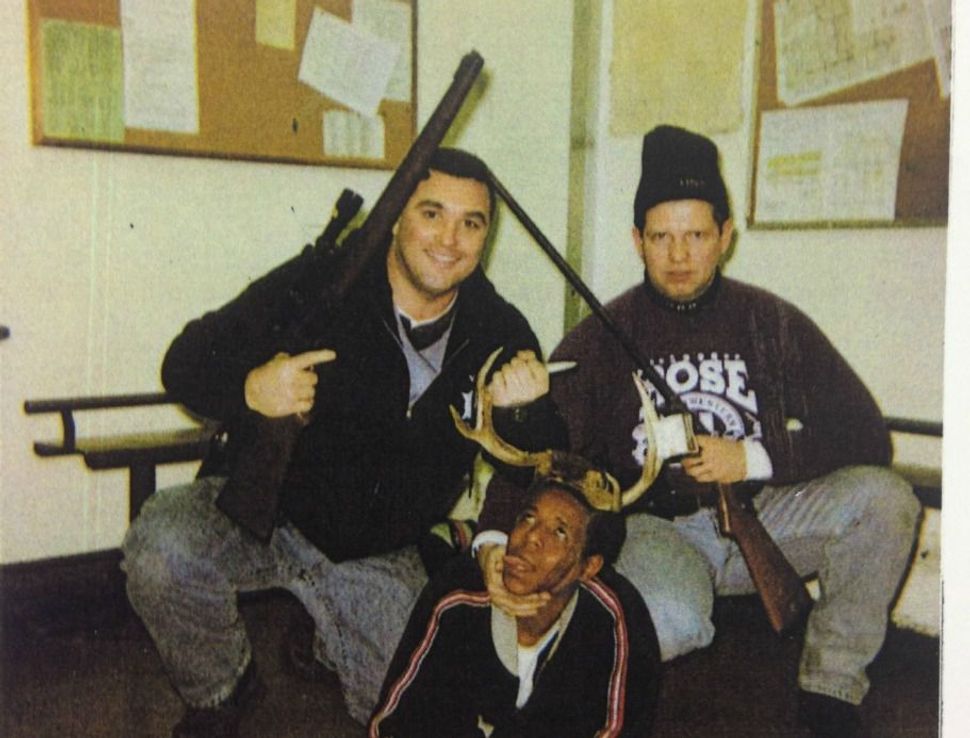 Chicago Mayor Rahm Emanuel strongly defended the firing of a white police officer who was photographed with a colleague holding rifles and posing over a black man wearing antlers like an animal killed on a hunt, the Chicago Sun-Times reported.

The news comes amid a national outcry against police treatment of minority groups, and African-Americans in particular, following several high-profile police killings of unarmed black men in cities like Ferguson, Missouri and New York over the past year.

The Chicago Police Board terminated the employment of former Detective Timothy McDermott over the photo in October, the newspaper said.

McDermott has filed a lawsuit to regain his job, and the Chicago Tribune said a judge blocked his and his attorneys’ requests to have the photo kept under seal.

McDermott was joined in the picture by Officer Jerome Finnigan, who was sentenced to 12 years in prison for home invasions and robberies as part of a disgraced police task force and for “ordering a hit” on another officer he believed to be helping investigators probe the corruption, the newspaper said.

The identity of the black man and how he came to be in the photograph were not immediately known.

McDermott described participating in the photo as a mistake to police internal affairs in 2013, the paper said.

“I made a mistake as a young impressionable police officer who was trying to fit in,” McDermott said, according to the Tribune.

The police board said in its charges against McDermott that the photo was snapped sometime between October 1999 and July 2003, according to the newspaper.—With Reuters