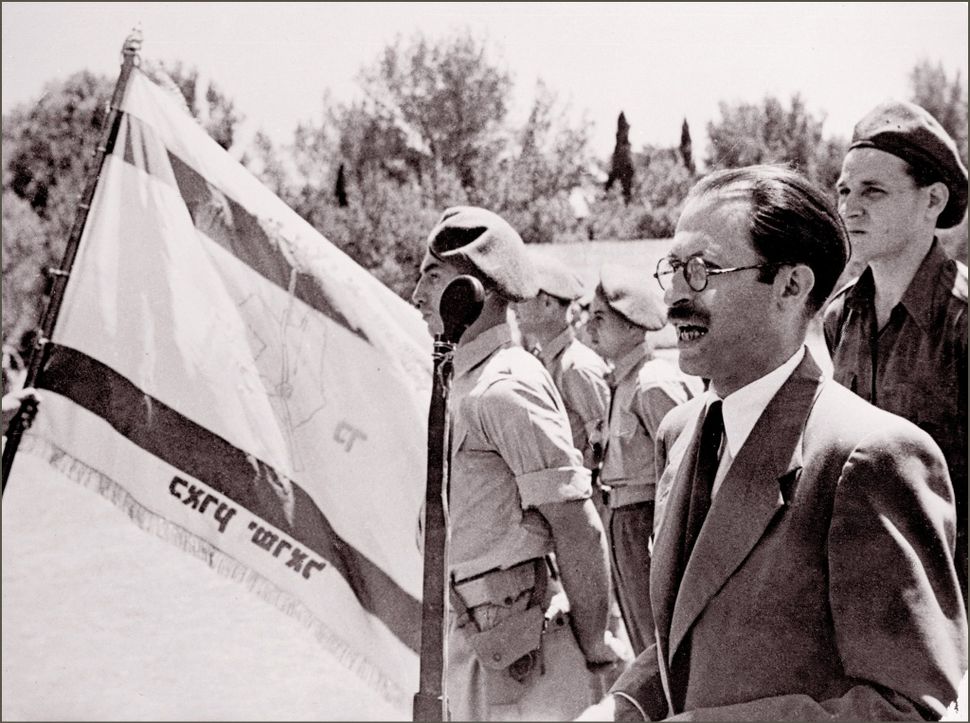 The Dutch education ministry distanced itself from a textbook that contained statements deemed anti-Israeli.

The ministry’s statement on the book followed complaints by Jewish students and parents over the description in the book of Israel’s establishment as the result of widespread murder of Palestinian villagers. It also questioned Israeli former Prime Minister Menachem Begin’s credentials as a peacemaker, noting he was “known as a terrorist and extremist.”

The ministry “does not approve textbooks, they are selected by individual schools,” a ministry spokesperson told JTA Wednesday. He declined to comment on the assertions in the book.

Israel’s embassy in the Netherlands last week said the assertions in the “Geschiedeniswerkplaats,” or “History Workplace” textbook by the Noordhoff Uitgevers were “outrageous.”

The book, intended to prepare high school students in vocational tracks for their matriculation exam in history, states that David Ben Gurion, Israel’s first prime minister, declared statehood after “Jewish militias carried out murders in Arab villages, and hundreds of thousands of Palestinians fled and settled in refugee camp across the border.”

It also features a picture of a Palestinian boy throwing a stone at an Israeli tank in 2000, noting the boy was killed nine days after the picture was taken. The book describes the boy’s action as “small act of resistance.”

The book mentions neither Arab atrocities against pre-state Israel’s Jewish population nor the invasion of several Arab armies into Israeli territory after its declaration of independence.

The first complaint about the book came from Barak Gorany, a pupil at Amsterdam’s Maimonides Jewish school, which used the book as a teaching aid. Asked whether Maimonides intends to keep using the book, a spokesperson for the school told JTA: “We are examining the use of the book internally. We will not be informing media about our actions.”

The book’s publisher defended the book.

“We believe we carefully handled the facts and in the right context,” Beitie Bruinsma, a spokesperson for Noordhoff Uitgevers, told JTA.