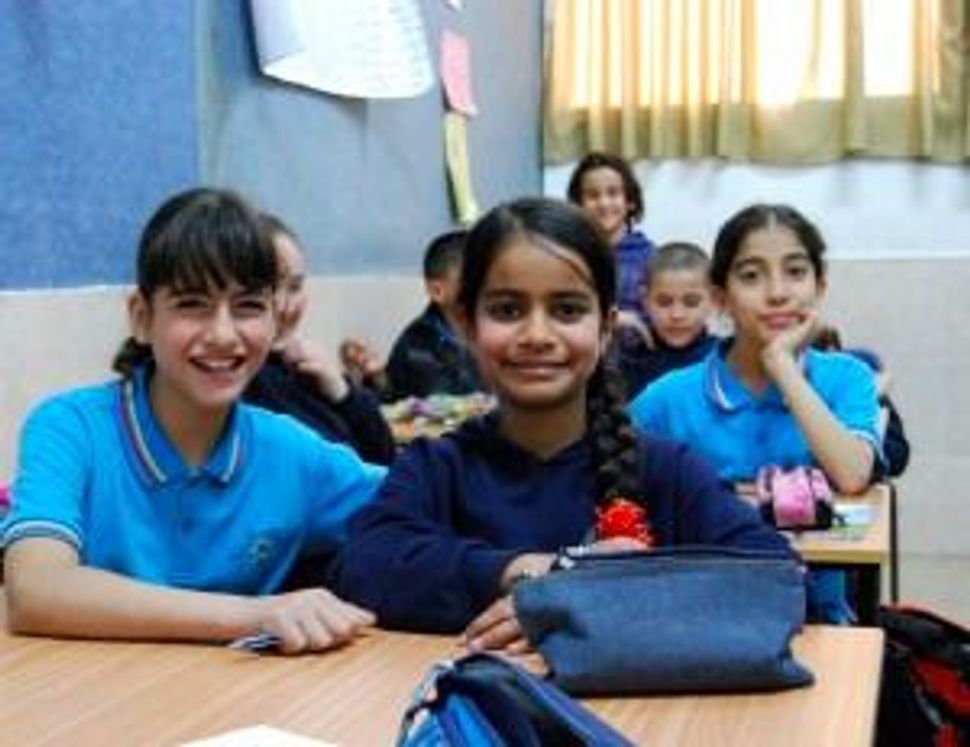 Arab and Jewish students in Israel are trying to bridge the gap between their two communities one note at a time through classical music programs that bring together some of the country’s best musicians.

The Polyphony Foundation, which was created in 2011 by New York residents Deborah and Craig Cogut and artistic director Nabeel Abboud-Ashkar, focuses on music but its mission goes far beyond that.

“It’s really to give young people from both communities a chance to interact and to become more familiar with the other. Believing that this will have an effect on the society, the Israeli society,” Abboud-Ashkar said in an interview.

The foundation offers music instruction for youth of all ages and has a music appreciation program for young children, a youth orchestra, mixed ensembles and an emerging professional orchestra.

Four students, two Arab and two Jewish members of The Polyphony Quartet, performed is in series of concerts in New York.

“My close friends and family are very supportive and they always tell me that it’s a good thing I am doing,” said 19-year-old Arab viola and violin player Feras Machour. “And also they are happy that I get to see the world and travel around.”

Arab cello player Mahdi Saadi, 20, said people did not expect much of them when they started.

“If you talked just about an Arab playing classical music not everybody believed that an Arab would go around the world and play concerts and classical music. But today over 100 students are studying,” he said.

The quartet performed classics pieces by composers Antonin Dvorak and Mozart and works by renowned Arab-Israeli composers Paul Ben-Haim and Taiseer Haddad in concerts at All Souls Church in New York and the JCC Gala at Jazz at Lincoln Center, as well as private performances.

“Our education program in the elementary schools is reaching today over 6,000 children, training over 140 teachers, Arab and Jewish,” said Abboud-Ashkar.

In five years he hopes their message will reach and impact the lives of thousands more students and their families.

“I mean we can all connect with each other by language, but with classical music it makes us also equal,” he added.