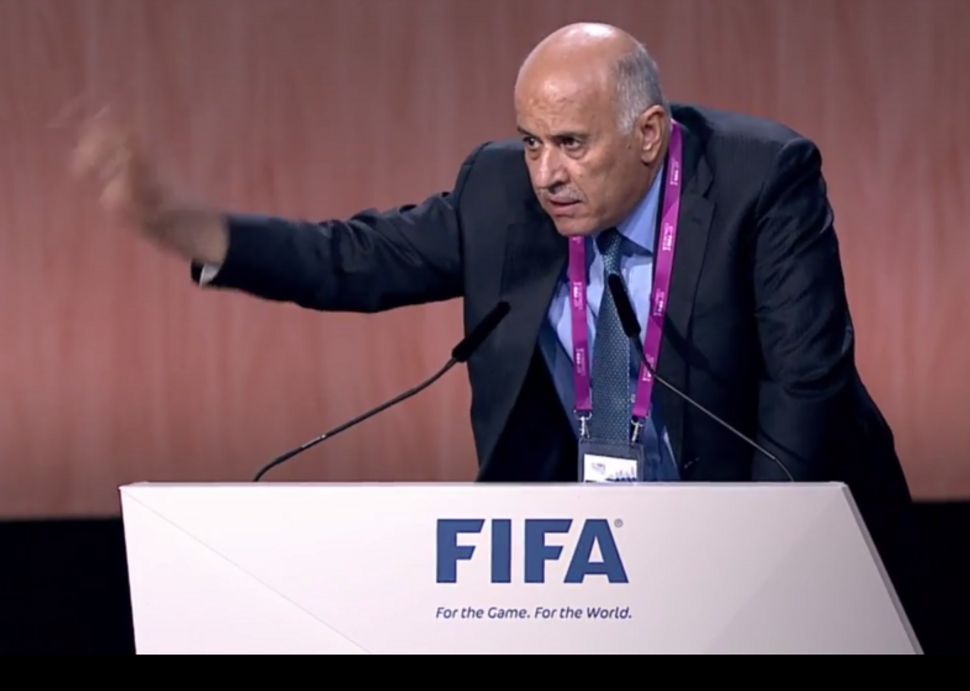 The head of the Palestine Football Association came under fire for withdrawing a request to suspend Israel from FIFA, the international soccer body.

Jibril Rajoub said prior to Friday’s proposed vote that Chancellor Angela Merkel of Germany convinced him to withdraw the request.

In place of the vote, the FIFA Congress called for the formation of a committee to investigate freedom of movement out of the West Bank for Palestinian soccer players. The committee also would examine alleged Israeli racism and the five Israeli soccer teams located in West Bank communities.

The Palestinian association said before the vote that it was clear that banning Israel from FIFA would not pass. Hamas called the decision to halt the vote to expel Israel a missed opportunity and said it went against popular Palestinian opinion.

“After this retreat, how can the Palestinians trust the Palestinian Authority to take Israel to the International Criminal Court or to end security cooperation?” said a statement issued Friday night by Hamas.

Palestinians on social media also criticized Rajoub, while the Palestinian Liberation Organization called the withdrawal a violation of national principles, according to Haaretz.

Rajoub said the request was suspended, not withdrawn completely, and that the decision was supported by other Arab states. On Sunday, Israeli Prime Minister Benjamin Netanyahu called the move to oust Israel from FIFA “provocative and unwarranted” following a meeting with German Foreign Minister Frank-Walter Steinmeier.

Netanyahu said he and Steinmeier discussed advancing confidence-building measures, including up to 800 trucks a day of construction and humanitarian assistance to Gaza, adding, “I regret that at the same time that we seek to do that, the Palestinian Authority seeks to kick Israel out of FIFA.”

On Friday, Sepp Blatter won his fifth term as FIFA president, defeating Prince Ali bin al Hussein of Jordan, despite a bribery scandal involving the association. Blatter was not among the FIFA officials and executives of soccer federations indicted by the U.S. Department of Justice.