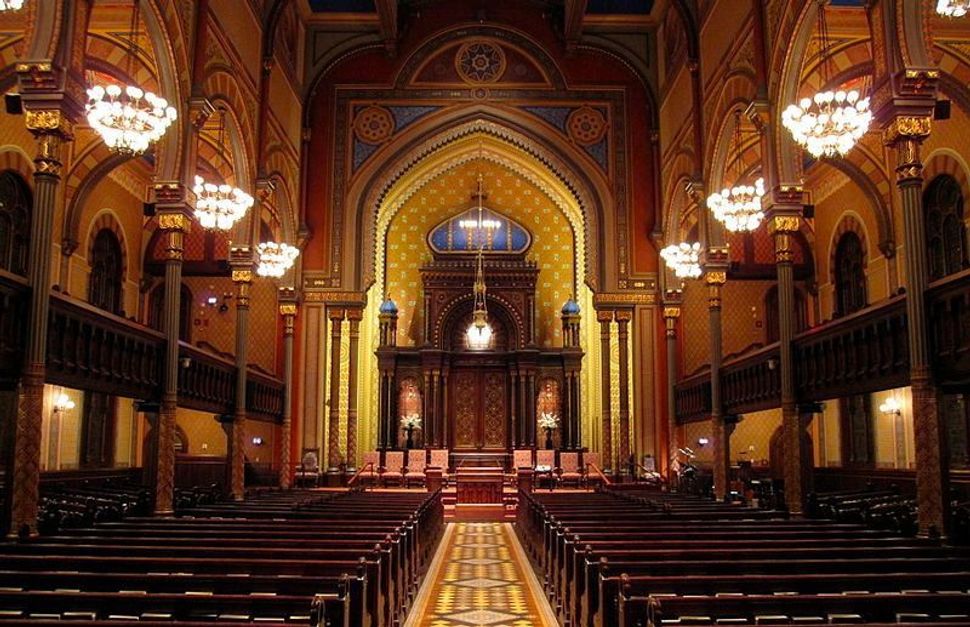 The main sanctuary of Central Synagogue. Image by Wikipedia

Central Synagogue, a Reform congregation in New York with 2,300 families as members, reportedly will be closed for five days to fumigate for bedbugs.

The possible infestation was first reported Saturday by the New York Post, citing a letter emailed last week to congregants that said the synagogue would reopen on June 1 after closing on May 27 for fumigation.

A special notice banner posted on the home page of the synagogue, which is located on Midtown Manhattan’s East Side, reads: “Please note that the Community House and Pavilion will be closed May 27 through May 31 and will reopen June 1. Shabbat services on Friday, May 29, will take place in the Main Sanctuary as usual.” It does not mention bedbugs, however.

A synagogue representative told the Post that only one bedbug was found on the eighth floor of the Community House building, but a decision was made to fumigate the building as a precaution. The sanctuary was not affected, the Post reported.

The congregation, which has a waiting list for membership, also is home to nursery and religious schools.