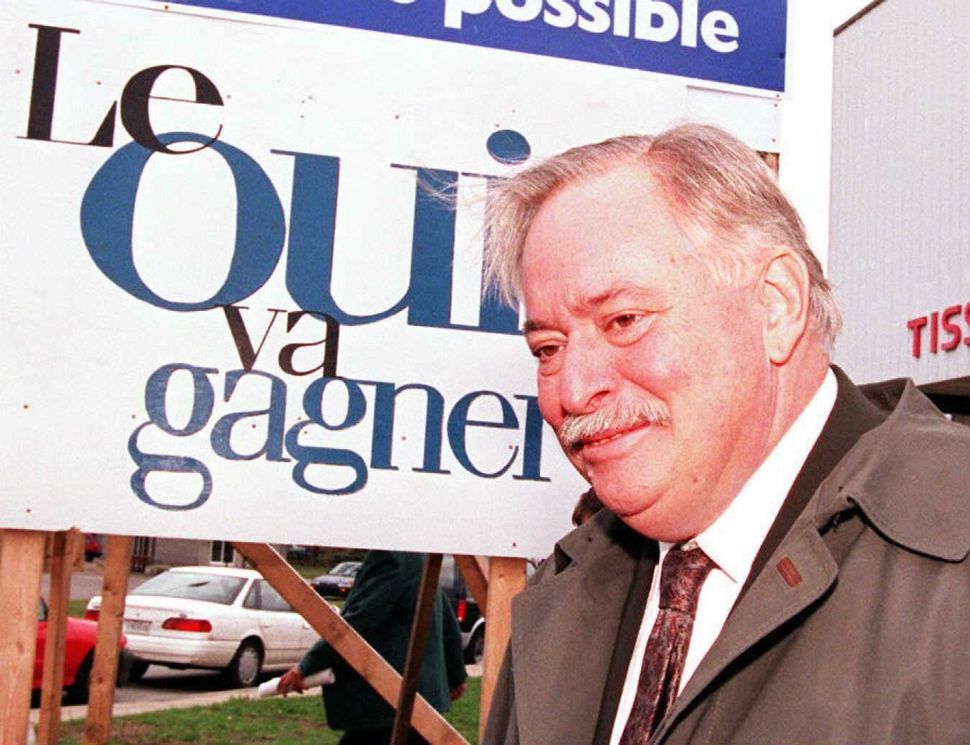 Jacques Parizeau, the former separatist Quebec premier who blamed the Jewish and other ethnic communities for the narrow defeat in a bitter provincial referendum on seceding from Canada, has died.

Parizeau died Monday. He was 84.

Parizeau later acknowledged that in the razor-thin loss on Oct. 30, 1995, for which he blamed “money and the ethnic vote,” he was referring to the combined efforts of the Jewish, Italian and Greek communities on behalf of the “No side.”

“I knew very well who I was targeting when I said that: the common front of Italian, Greek and Jewish congresses,” Parizeau said in 2013.

He said that at 12 polling stations in Cote St. Luc, a heavily Jewish municipality in Montreal, “there were no Yes votes.”

Parizeau stepped down the day after making the controversial comments.