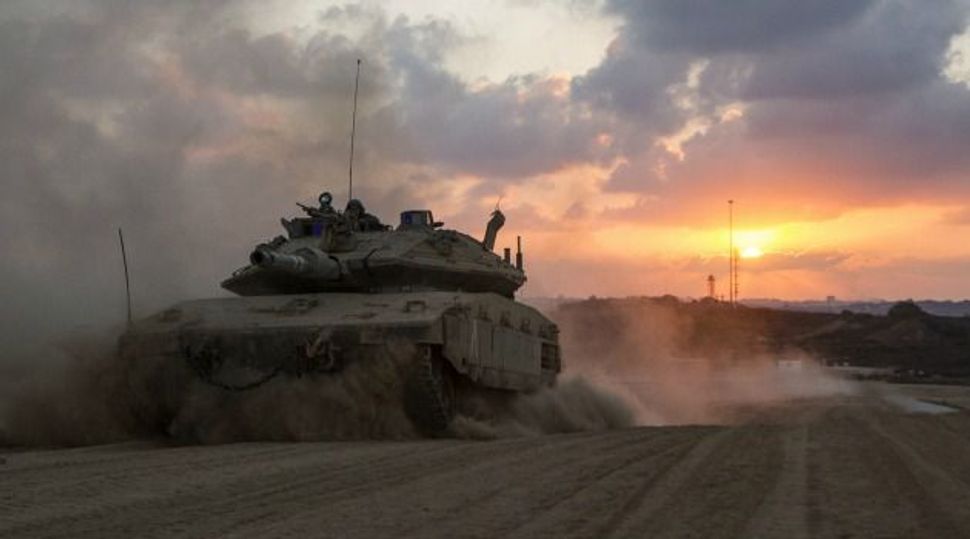 White House officials met with members of Breaking the Silence, an Israeli group which collects soldiers’ testimonies to expose abuses.

The meeting, the first of its kind, dealt with testimonies that the organization had collected on alleged human-rights violations by the Israel Defense Forces during last summer’s war with Hamas in the Gaza Strip, Haaretz on Friday reported.

Matt Duss, the president of the Washington-based Foundation for Middle East Peace, organized the meeting between Breaking the Silence representatives and members of the White House National Security Council, according to the report, which did not name the council members who participated in the meetings.

The meetings were held a few days after Israel’s Foreign Ministry protested the Swiss government’s sponsoring of a Breaking the Silence exhibition in Zurich.

The meetings did not take place at the White House but at the offices of an American nonprofit in the capital. A Breaking the Silence representative also held a separate meeting at the State Department with officials monitoring human rights abuses, Haaretz reported.

Duss told Haaretz that during the meetings, Breaking the Silence presented its report on last summer’s Operation Protective Edge in the Gaza Strip. Obama administration officials reacted with a great deal of interest, Duss said, asking “many questions about the vetting process of the witnesses, the testimonies and the fact-checking.”

An Obama Administration official told Haaretz: “U.S. Government officials met with Breaking the Silence, as we routinely meet with a range of actors from official and non-official international groups, including from civil society.” The official was not named. The State Department delivered a similar acknowledgment.

Deputy Foreign Minister Tzipi Hotovely, who this week called for action against the Breaking the Silence exhibition, said the organization “is working against Israel from within.”

“We will not ignore it when an organization whose whole purpose is to defame IDF soldiers works in the international arena to seriously damage Israel’s image,” she said.

Breaking the Silence says it seeks the army’s compliance with its own standards, and casts its exposes as violations of standards Israeli troops are taught while in training.

It has taken its case overseas in part because of what it depicts as a culture of silence in Israel that protects abusers.