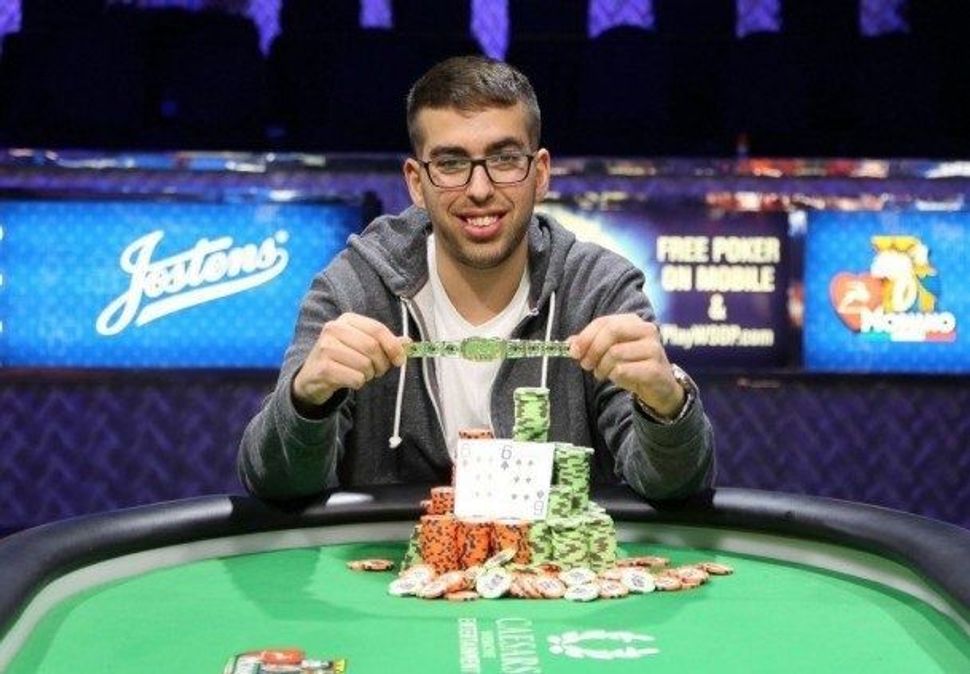 An Israeli took home nearly half a million dollars in winning a tournament at the 2015 World Series of Poker.

Idan Raviv, 24, of Holon, finished first in the $1,500 buy-in No-Limit Hold’em Six-Handed tournament, a three-day competition at the Rio casino in Las Vegas that ended on Friday night, the World Series of Poker said in a statement.

It was the second year in a row that an Israeli has won a World Series of Poker title. In 2014, Asi Moshe took the gold bracelet in the $1,500 buy-in No-Limit Hold’em event.

The World Series of Poker consists of a number of tournaments.