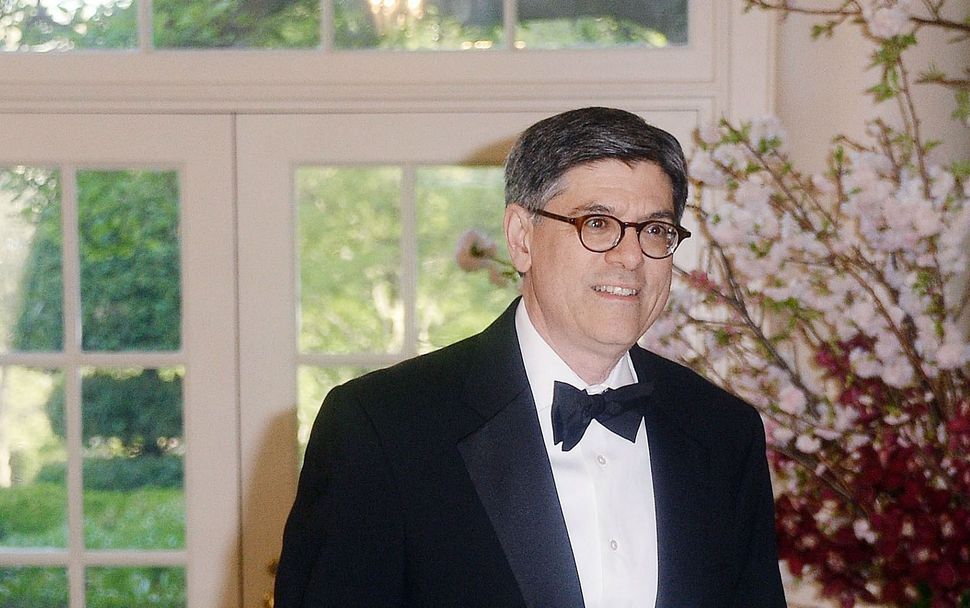 Treasury Secretary Jack Lew was booed as he laid out a detailed defense of the Iran nuclear deal at The Jerusalem Post’s annual conference in New York.

The sole representative of the Obama administration at the conference on Sunday, Lew defended the White House’s commitment to protecting Israel amid rising global anti-Semitism and lauded the president’s “historic” level of economic and military support.

But at the first mention of President Barack Obama’s name, several in the crowd began to boo so consistently that the Post’s editor-in-chief, Steve Linde, had to tell the crowd to calm down.

“The simple fact is this,” Lew said, struggling to talk above the jeers. “No administration has done more for Israel’s security than this one.”

Lew, an observant Jew and Obama’s former chief of staff, said the deal now in its final stages of negotiation ahead of a deadline at the end of the month would reduce Iran’s enriched uranium resources by 98 percent. He also said it would allow for “robust and intrusive” inspections of Iran’s nuclear facilities.

Obama would retain his authority to reimpose economic sanctions if necessary, Lew said, regardless of any opposition from countries such as Russia and China.

“Make no mistake,” Lew said. “We are not operating under an assumption that Iran will act in good faith.”

The conference, which drew 1,500 participants to a hotel in Times Square, also featured former New York City Mayor Rudy Giuliani, who argued that Iran is a greater threat to Israel and the world than ISIS or Hamas. Giuliani also contended that Iran’s pursuit of nuclear power should not be trusted since it has more than enough oil to power the country.

“There is no reason for Iran to have the peaceful use of nuclear power, they’ve got plenty of energy,” Giuliani said. “You have to be ignoring facts to think that they want nuclear power for peaceful use.”

Sen. Robert Menendez, D-N.J., the former chair of the U.S. Senate Foreign Relations Committee and a fervent opponent of the Iran deal, was originally slated to speak but on Saturday canceled his appearance. Menendez recently resigned his post on the committee after being indicted on corruption charges.